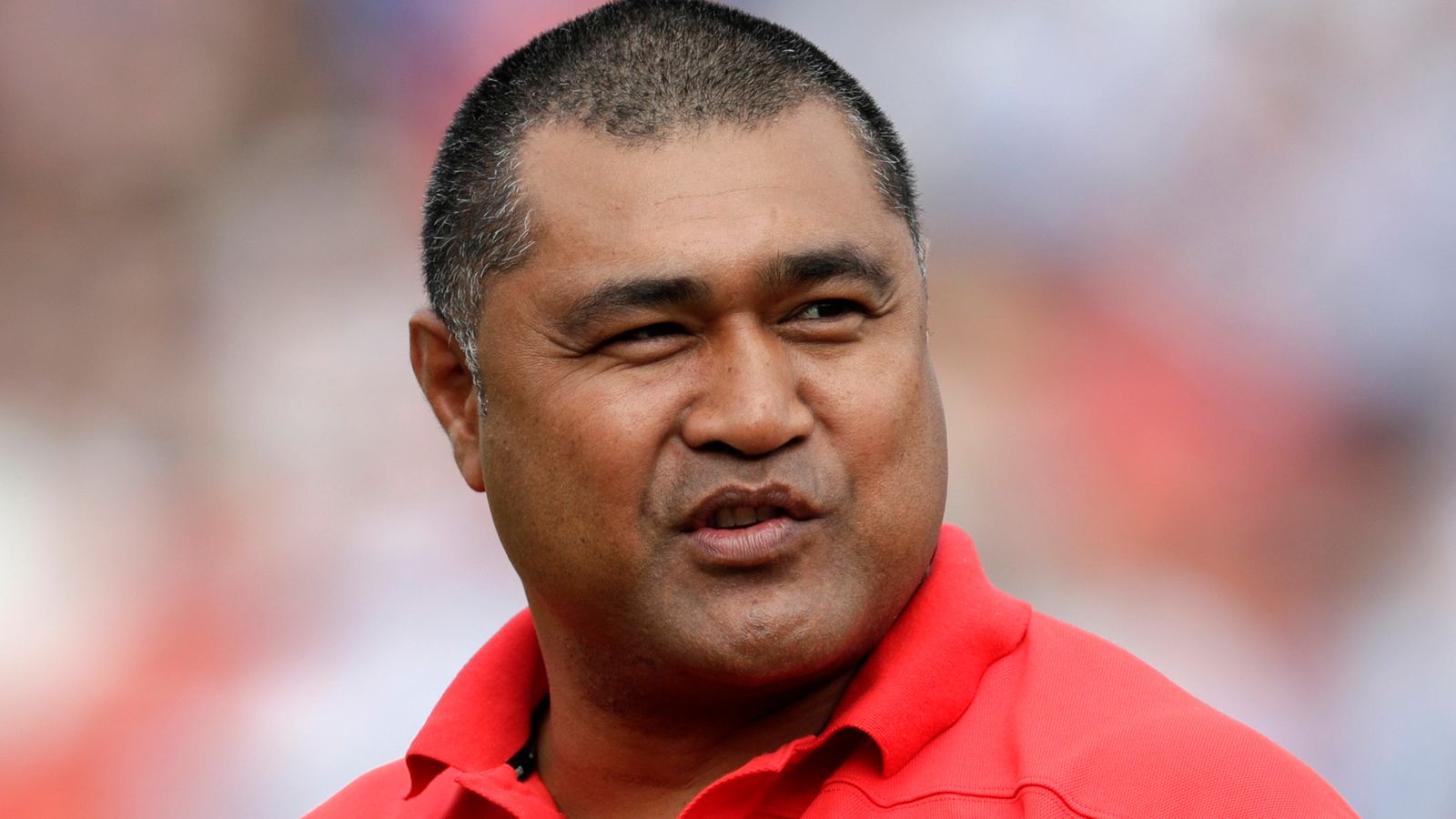 Toutai Kefu, his wife and two of his children were injured in the attack in their home in Brisbane; police said weapons were found after what they described as a “burglary gone wrong”; Kefu won 60 caps for Australia and lifted the World Cup in 1999

Rugby World Cup winner and Tonga coach Toutai Kefu was stabbed in the abdomen and several of his family members injured in a home invasion at his house in Brisbane in the early hours of Monday morning, Australian media reported.

The 47-year-old, who played 60 Tests for the Wallabies around the turn of the century, was taken to hospital with three other members of his household after the incident in the south of the city, the Australian Broadcasting Corp (ABC) reported.

Police were investigating offences of burglary and attempted murder from the alleged attack which left Kefu’s wife and two of his children injured, the ABC said.

Queensland Police found a knife, axe and machete at the household and said a man in his 40s had “serious injuries”.

“The mother has suffered very, very serious lacerations to her arm and I’m told her wounds are very significant.”

The ABC said Kefu’s 21-year-old son had sustained significant wounds to his arm and back, and one of his daughters had cuts to her hand and arm.

“I can only imagine this will have a lasting effect on this family due to the trauma of what’s happened,” Fleming said. “It is highly likely a burglary that has gone wrong.”

Police said they had taken two 15-year-old boys into custody. One was arrested after being apprehended by a neighbour and another was under police guard at a local hospital after he presented there with cuts.

Police were searching for a third male involved.

They said one of the family members had woken to noise at about 3:15am and went to investigate.

The person was threatened that he would be stabbed if he did not hand over car keys.

Other family members “suffered very significant injuries” as they came to the person’s aid, said police.

No 8 Kefu was a mainstay of the Wallabies pack during the latter part of Australian rugby’s golden era, helping his adopted country win the 1999 World Cup and hold onto the Bledisloe Cup for five successive years.

He coached Tonga at the 2019 Rugby World Cup finals, where they won one of four matches, and was reappointed to the job earlier this year.

News of the incident stunned Australian and Pacific rugby communities.

“Thoughts and prayers are with my Tongan brother Toutai Kefu and his family,” former New Zealand midfielder Sonny Bill Williams wrote on Twitter.

“You got this great man!! All our love and thoughts to you and the entire Kefu family!” the Wallabies’ Twitter account said.