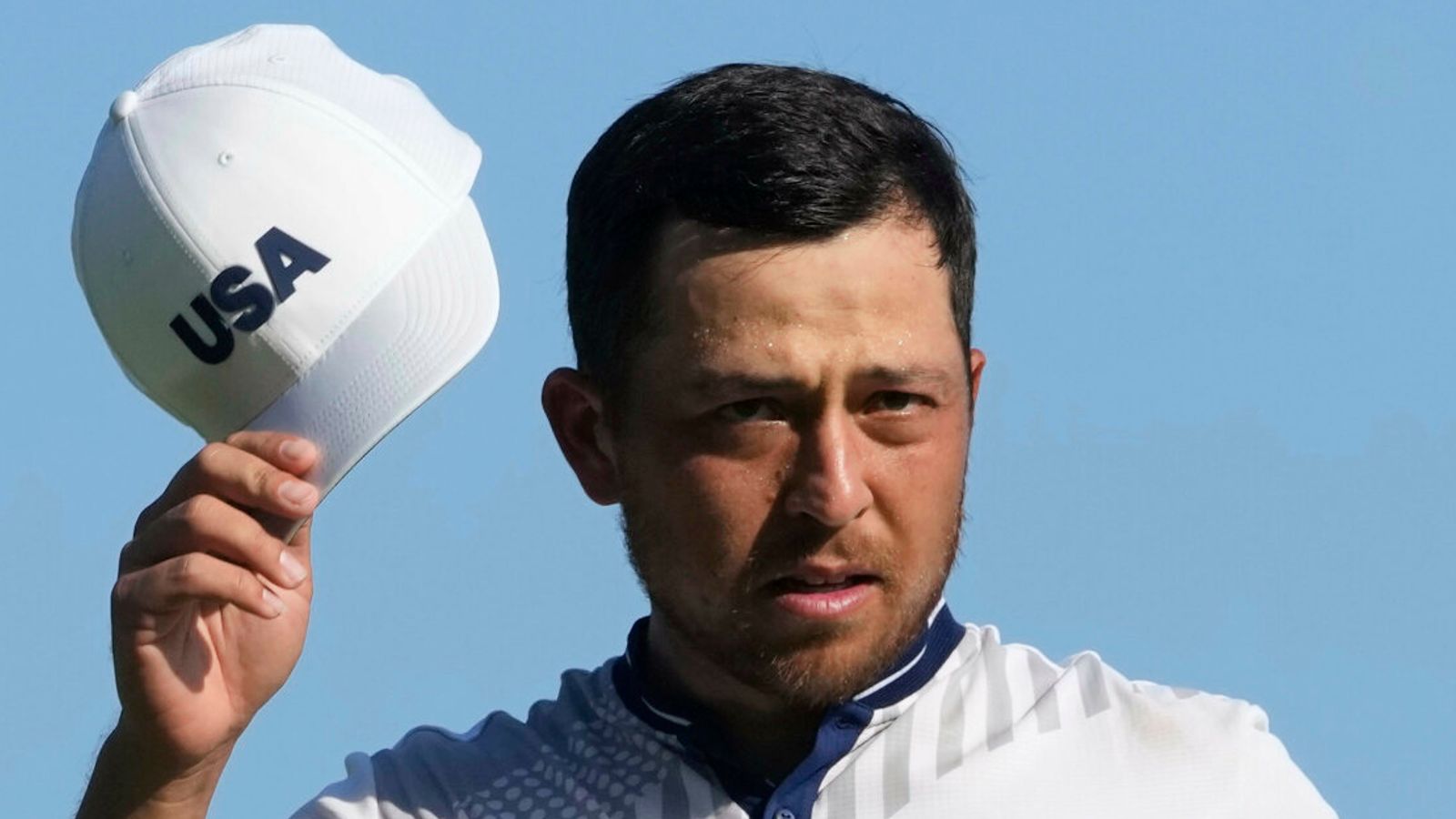 Schauffele on Olympic gold: “In all honesty, there was part of me that was contemplating not going. I joked with my wife about that right when I called her [after winning]. She was like ‘Can you imagine that there’s a little piece of you that almost didn’t show up to Tokyo?'”

New Olympic champion Xander Schauffele has admitted he considered not competing at the Tokyo Games due to concerns about the coronavirus restrictions.

Schauffele was one of four Americans in the field at Kasumigaseki Country Club, where he carded a final-round 67 to finish a shot ahead of Slovakia’s Rory Sabbatini and win gold for Team USA.

Dustin Johnson and Brooks Koepka were among the high-profile golfers that decided not to travel to Japan, citing a variety of reasons, with Schauffele since revealing he was also initially open to the idea of sitting out.

“In all honesty, there was part of me that was contemplating [not] going,” Schauffele said ahead of the WGC-FedEx St. Jude Invitational, where he has been grouped alongside American team-mate Justin Thomas and 2016 gold medallist Justin Rose.

“I joked with my wife about that right when I called her [after winning]. She was like ‘can you imagine that there’s a little piece of you that almost didn’t show up to Tokyo?’ We had a nice laugh about that.

“With everything playing out there with Covid and everything, obviously it’s been strange and difficult for everyone. I decided not to stay in the [Olympic] Village, which is about an hour and 20 minutes away.

“Unfortunately, I wasn’t able to visit the Village either, which I’m a little bit bummed about. But going into it, I sort of corrected my mindset on the whole matter and really just focused on this four-day golf tournament.

“Then being able to take the podium afterwards really made me understand and realise sort of how special it actually is being there on the podium, winning any medal obviously. The flag’s being raised, playing your national anthem, it really was something spectacular and obviously nothing like it.”

Schauffele is sharing a house this week with Thomas, who finished tied-22nd in Tokyo last week, with the world No 5 admitting to being envious when getting to see the Olympic golf in person.

“Being a little closer with Xander and obviously in a house with him this week, I felt a little more comfortable taking it [the medal] from him or being like ‘hey, let me see that’, Thomas said. “It’s really cool.

“Obviously I’m very jealous of anybody who’s won any other major or tournaments that I haven’t, but that might have been the most jealous of someone I’ve been. That gold medal is so sick, it’s so cool, it’s so unique.

Watch the WGC-FedEx St. Jude Invitational throughout the week live on Sky Sports. Live coverage begins with Featured Groups on Thursday from 3pm via the red button, before switching to Sky Sports Golf from 5.30pm.