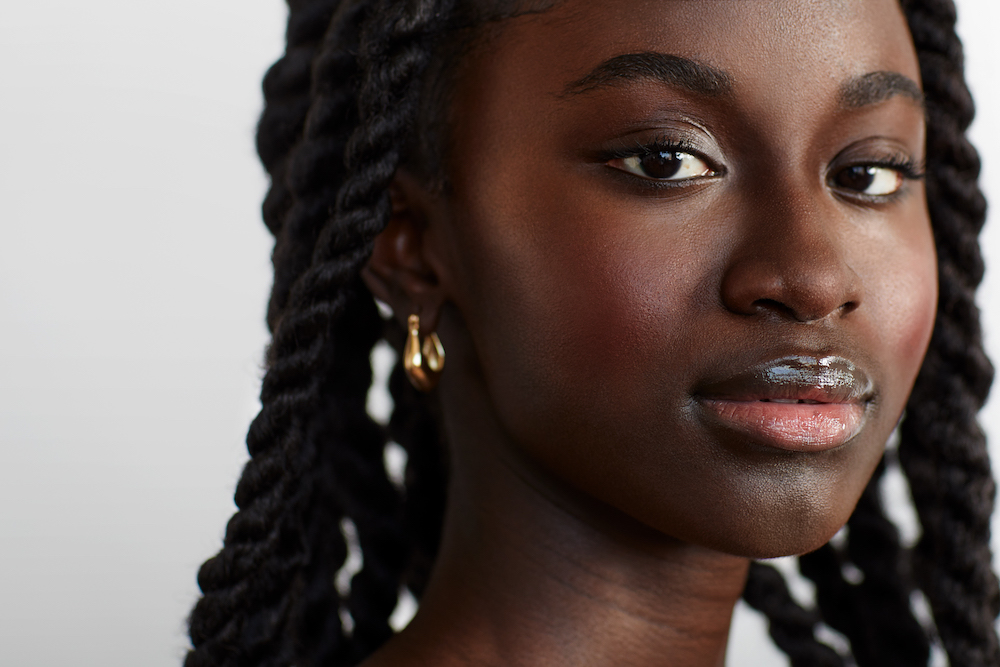 Finding your bronzer shade match feels as contradictory as a preachy vegan with a cheeseburger habit. The whole thing is that it’s not the same color as your skin tone—so how do you know which to use? It’s a question that even stumped ITG’s editors, until we enlisted makeup artist Mimi Quiquine to help crack the code.

Common magazine wisdom says that the right bronzer is supposed to be about two shades darker than your complexion and match your skin’s undertone (warm or cool). But there are issues with this! First of all, if you’re super pale, even the lightest bronzer shade might not be light enough—in that case, application technique is more important than shade. And if you’re on the high end of the melanin spectrum, something warm and saturated is really the most flattering. A dark shadow isn’t the only route to added dimension.

Which brings us to the other thing: bronzer is always going to be warmer than your natural skin color, so trying to ascribe the typical undertones of “warm” and “cool” gets real confusing real fast. To simplify, think of cool skin as “rosy” and warm skin as “golden.” Bronzers that have an undercurrent of pink or red create harmony on rosy-hued cool skin. Golden, warm skin, on the other hand, looks most alive when bronzer has predominantly yellow or burnt caramel tones. If you’re not sure which one sounds more like you, look at your blush collection. Peach, coral, and brick shades have a golden undertone, while pale pink, fuschia, and berry share a rosy undertone. Which do you use most?

That’s a lot of tell and you deserve a little show, so Mimi prepped three models with totally different skin tones to demonstrate. She started by rubbing face oil from her brand Maison Quiquine between her palms and pressing it all over, then mattifying the t-zone with Fenty’s Instant Retouch primer. (Like highlighting in reverse, letting skin’s natural glow shine through instead.) She concealed with Laura Mercier Secret Camouflage as needed, and finished each model with a coat of clear lip balm. That gave everyone a solid, even canvas—then, we moved on to the good stuff.

Adama before bronzer (left) and after (right)

First up is Adama. When looking at Fenty’s Sunstalkr bronzer range, you might be tempted to follow the two-shades-darker rule and go with Thick Mint, but look again! Thick Mint has a rosiness that plays almost pink on dark skin, whereas a dark amber like Mocha Mami better emphasizes Adama’s natural golden undertones (even though it’s a little bit lighter). Mimi started by applying Glossier Cloud Paint in Storm to the apples of Adama’s cheeks, then, with a MAC stippling brush, swept Mocha Mami along the temples, cheekbones, and jawline. Mimi then gently blended everything towards the center of Adama’s face, leaving the most bronzed points at its perimeter. Instant glow.

Vika before bronzer and after

Vika has medium olive-y skin, and Mimi chose to lean into that warmth with a warm bronzer. She started by filling in Vika’s eyebrows with a Taupe pencil from Julep and clear Elf brow gel. Next, she buffed Tower 28’s blush in Magic Hour, a creamy middle of the road peach-pink, onto Vika’s cheeks. A quick word on blush: if you’re planning on using it, Mimi suggests applying blush before your bronzer so you don’t over index on color. That will also give your skin a believable lit-from-within flush. She finished with a powder bronzer, Fenty’s Private Island, blended from cheeks to down into her jawline. Private Island has a bit of an orange undertone you might shy away from—but on olive skin like Vika’s, it injects subtle sunkissed warmth.

Maryv before bronzer and after

If you’ve bought a bronzer that’s not quite right for your skin tone, you don’t have to chuck it—as Mimi showed here on Maryv. Though Maryv’s overall skin tone is much lighter than Vika’s, Mimi used that same shade of Fenty bronzer, Private Island, on her too. To make it work, Mimi just had to Frankenstein it with other stuff in her kit. Mimi started by dotting Glossier Cloud Paint in Beam along Maryv’s cheeks, then blended Private Island from the cheeks into the temples. In this case the bronzer acts like a middle-warmth shade between the blush and Maryv’s complexion. MAC Taupe gave a more subtle, overall warmth, and Mimi used a thin wash of it all over. As she noted on set, redheads can be both warm and cool, but are most often quite pale. Applying bronzer sparingly is the key here. She also took Taupe down into Maryv’s neck and collarbones for an extra bit of oomph. “It’s the tiniest difference, and you almost can’t tell,” Mimi explained. “But you don’t want your face to look tanned and your body not to match.”