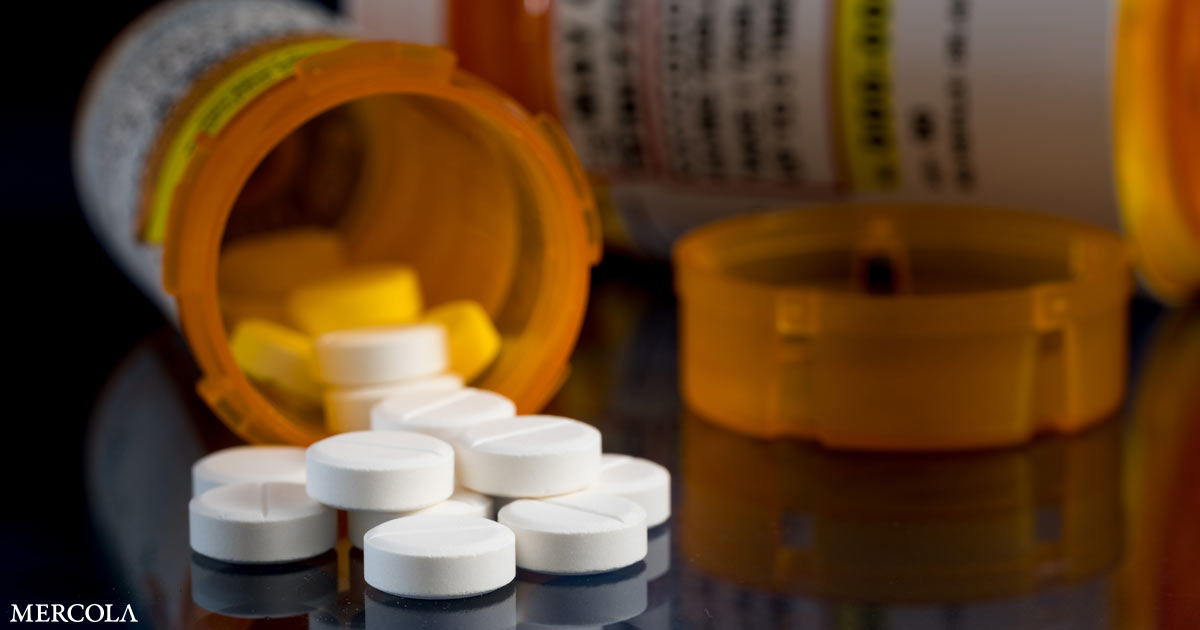 In October 2020, opioid manufacturer Purdue Pharma pleaded guilty to three felony counts of criminal wrongdoing and agreed to an $8.3 billion settlement with the Department of Justice over their production and marketing of Oxycontin and other opioid drugs.1

“The abuse and diversion of prescription opioids has contributed to a national tragedy of addiction and deaths, in addition to those caused by illicit street opioids,” said Deputy Attorney General Jeffrey A. Rosen in a news release.2 In 2019, opioid overdoses were responsible for nearly 50,000 deaths in the U.S., with the misuse of and addiction to opioids described as a national crisis.3

The pandemic has only worsened the crisis. From December 2019 to December 2020, there were 93,331 estimated overdose deaths in the U.S., which represents a 29.4% increase in 12 months.4 Opioids, including oxycodone, hydrocodone and morphine, accounted for the majority of deaths — 69,031 — followed by synthetic opioids, such as fentanyl and tramadol.5

The most recent data on opioid overdose deaths can be viewed via the CDC’s 12-month provisional number of drug overdose deaths by drug or drug class dashboard — due to a small percentage still pending investigation, numbers may change slightly upon final analysis.6

On their website, the American Medical Association (AMA), whose mission is to “promote the art and science of medicine and the betterment of public health,”7 states that its Opioid Task Force is “committed to providing evidence-based recommendations and leadership to help end the opioid epidemic.”8

However, as detailed in a Mother Jones exposé, AMA has a long, cozy relationship with Big Pharma, including Purdue Pharma. “The prestigious doctor’s group has made it virtually impossible to discern where public health guidance ends and industry interests begin,” writer Julia Lurie writes in Mother Jones.9

‘How to Create an Addict Education’

In 2007, Purdue Pharma pleaded guilty to felony charges of misbranding with intent to defraud and mislead the public and physicians about Oxycontin’s dangers.

Several months later, the AMA released their new pain management training program, which included 12 modules about prescribing narcotics, including that doctors were too tentative to give patients these pills and “the effectiveness of opioid therapy may be undermined by misconceptions about their risks, particularly risks associated with abuse and addiction.”10

Even children were included in the materials, with an outline to physicians of how to help the young verbalize their pain. “Do not give children an option for zero hurt,” it read. Lurie spoke with Dr. Roneet Lev, chief medical officer to the Office of National Drug Control Policy from 2018 to 2020, who looked through the training modules and said, “I would call this ‘How to Create an Addict’ education.”11

The training course was first released in 2003 and updated over the next 10 years. At the time, then-AMA president Dr. Donald Palmisano stated12,13 there “has been growing recognition that the undertreatment of pain is a major societal problem … As the spotlight shines on a few struggling with addictions, the AMA is determined to ensure that the plight of patients suffering in silence from chronic pain (nearly 75 million U.S. residents) is not lost.”

Big Pharma commonly funded continuing medical education, using it as a marketing tool to influence physicians. Further, while AMA’s code of medical ethics states that such education should be free from financial conflicts of interest, AMA’s pain management training program was developed by a team with close ties to the industry. Dr. Russell Portenoy, one of Purdue’s long-time paid speakers, was among them. According to Mother Jones:14

“[Portenoy] argued that opioids were a ‘gift from nature’ that were being underused due to ‘opiophobia’ among doctors. Dr. Charles Argoff, a course adviser, received more than $600,000 from opioid manufacturers over a three-year period, a Senate report15 would later find.”

Purdue Gave Millions to the AMA and Its Foundation

Purdue Pharma’s AMA ties went way beyond training programs and included more than $3 million in donations to the AMA and the AMA Foundation from 2002 to 2018.

“While the AMA stopped receiving funding from Purdue in 2007,” Mother Jones reported, “it continued to offer the Purdue-funded pain management course until at least 2014, and the AMA Foundation didn’t stop accepting donations from Purdue until 2018 — well after the opioid crisis had morphed into a full-blown epidemic.”16

Part of the foundation funding was used to make prescription medication safety programs for kids, which were used in schools and on social media. With the AMA seal of approval on Purdue Pharma’s materials, it promotes product sales. The grants to the AMA Foundation also meant that Purdue Pharma executives got to attend the Corporate Roundtable twice a year, giving them direct access to AMA leadership.

Sackler Sat on AMA Foundation’s Board

The Sackler family, owners of Purdue Pharma, made it onto Forbes’ Top 20 billionaires list in 201517 — in large part due to the burgeoning sales of OxyContin. Richard Sackler, who served as the president of Purdue Pharma, was a member of the AMA Foundation’s board of directors from 1998 to 2004.18

The AMA also runs The Physician Masterfile, which is a database of all the practicing physicians in the U.S., along with their specialties, addresses and other information. Health information companies, licensed by the AMA to use the data, sell it to pharmaceutical companies. According to Mother Jones:

“The data is invaluable to drug producers: By matching up the Masterfile with prescribing data collected from pharmacies, pharmaceutical companies are able to create a prescribing history for every doctor in the country and target potentially lucrative prescribers.

This is, in fact, exactly what Purdue did. The pharmaceutical giant maintained a contract with IMS Health, a market research company co-founded by Richard Sackler’s uncle Arthur. The AMA sold Physician Masterfile data to IMS Health, which, in turn, provided Purdue with detailed prescriber information.

‘Using this precise, AMA-enabled tracking data, Purdue was able to direct its sales effort toward high prescribers of pain medications, enabling an army of 1,000 Purdue reps, backed by a first-year marketing budget of $200 million, to descend on these soft targets,’ wrote medical historian Mike Magee in his 2019 book about medical profiteering, Code Blue.”

The Sackler family will pay $4.2 billion toward the opioid settlement lawsuit — $500 million upfront and the rest paid in installments over a decade.19 With that, they are hoping to win immunity from any future opioid lawsuits.20

Current Procedural Terminology, or CPT, is a set of five-digit codes used for billing medical procedures and services individually. The codes are used by Medicare and other insurers and provide an incentive for physicians and hospitals to perform more procedures. The complexity of the system necessitated software and billing companies that specialize in CPT codes, each of which pays the AMA for a license to do so.

AMA even has a hand in determining how much each procedure is worth, known as the Resource-Based Relative Value Scale, giving them immense control over U.S. health care. Mother Jones reported:21

“Now, every year, doctors representing each specialty gather at the AMA headquarters in Chicago to go over new procedures and to haggle over their worth. The AMA then sends the proposed values to the Centers for Medicare and Medicaid Services, which, the vast majority of the time, accepts them.

A recent BMJ article22 put the arrangement and its impact in perspective: ‘With CPT, the AMA had not only found a way effectively to control government involvement in healthcare, it had also developed a way to directly profit from it,’ it concludes.

‘This annual income has allowed the AMA lobby to maintain outsized influence over American healthcare.'”

The AMA has annual revenues of $245 million, of which more than half come from “royalties and credentialing products.” Membership dues, in contrast, make up 8% of their total revenue.23

“All these systems — the CPT, the Resource-Based Relative Value Scale, the Physician Masterfile — have created a steady stream of revenue even as AMA membership as a proportion of all doctors has declined over the past half-century,” Mother Jones reported.

“As of 2019, just 19 percent of practicing physicians were AMA members; nearly half of them were students or residents, who get a discount on the $420 membership fee.”24

AMA Acts as a Trade Group

The AMA is regarded as the preeminent voice in U.S. medicine, looking out for public health, but it uses its commercial profits for political purposes like lobbying. While being dependent on profits from commercial endeavors and receiving heavy funding from Big Pharma, it functions as a trade group while portraying itself as independent, which, Mother Jones notes, is highly problematic:25

“Based on how the AMA bills itself, as the unified voice of medicine, it’s reasonable to expect that the organization would play the role of medical arbiter, helping doctors and the industry more broadly navigate such complicated territory.

‘Most people, if they read in the paper that the AMA says this and that, they think, ‘Well, they must know.’ The assumption is that they’re a neutral source with no interest,’ says Keith Humphreys, a professor of psychiatry and behavioral sciences at Stanford. In reality, he concludes, ‘They’re a trade organization, but they’re not thought of that way.'”

AMA has taken steps to change its message about opioids, including removing Big Pharma funding from their pain management courses. However, Mother Jones explained, “For now, there’s little to suggest the AMA won’t repeat its mistakes if another Purdue comes along.”26

If you or a loved one is struggling with opioid addiction, the Substance Abuse Mental Health Service Administration27 can be contacted 24 hours a day at 1-800-622-HELP. Low-dose naltrexone (LDN), used in microdoses, can also help combat opioid addiction and aid in recovery.

Using microdoses of 0.001 milligrams (1 microgram), long-term users of opioids who have developed a tolerance to the drug are able to, over time, lower their opioid dose and avoid withdrawal symptoms as the LDN makes the opioid more effective.

For opioid dependence, the typical starting dose is 1 microgram twice a day, which will allow them to lower their opioid dose by about 60%. When the opioid is taken for pain, the LDN must be taken four to six hours apart from the opioid in order to not displace the opioid’s effects.