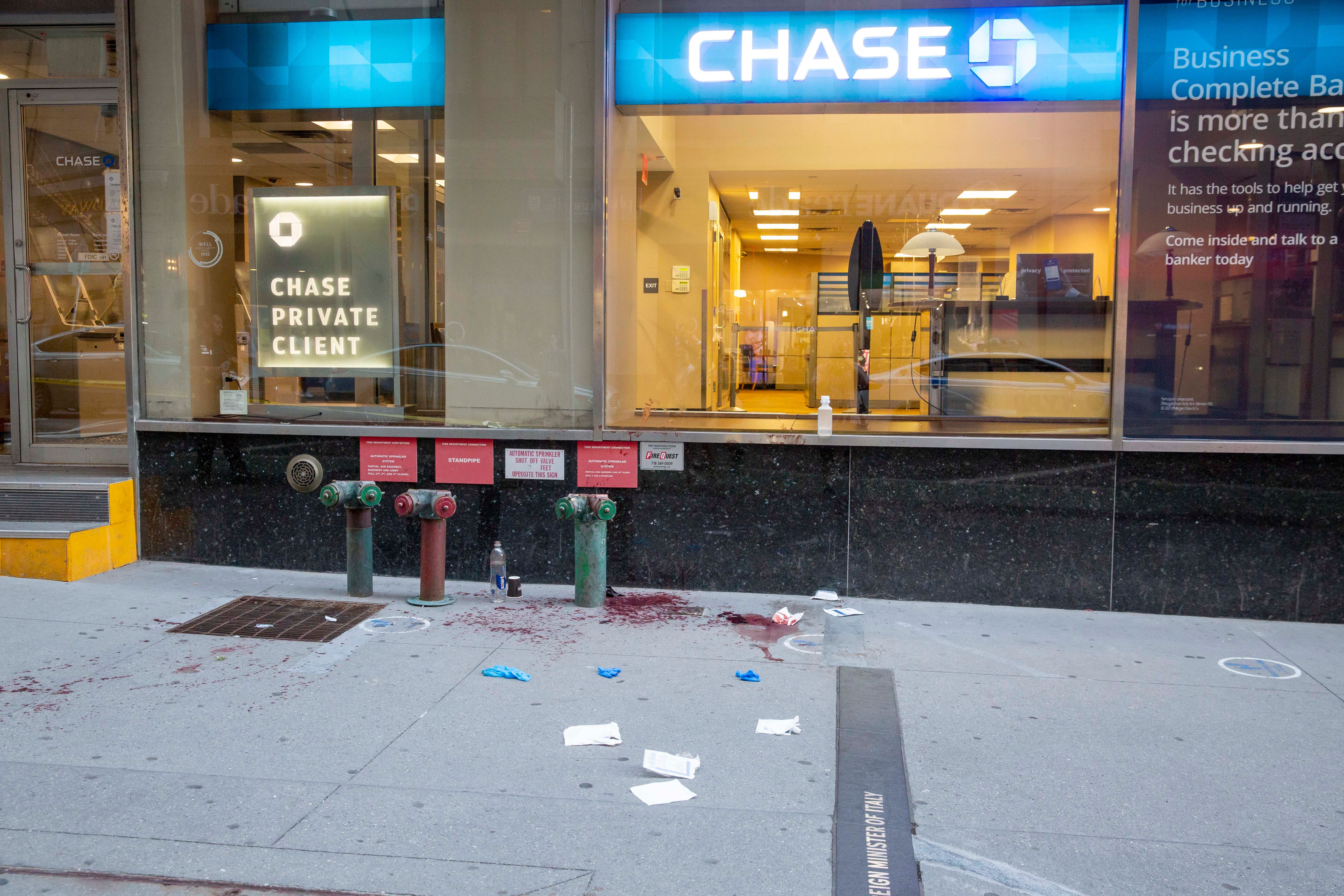 A man was brutally attacked by a hatchet-wielding maniac at a Chase Bank ATM in Lower Manhattan Sunday evening.

The slashing occurred around 5:20 p.m. inside a 42 Broadway Chase Bank vestibule on Broadway near Beaver Street and just steps away from the famous bronze Charging Bull statue.

Video footage of the incident, obtained by The New York Post, shows a man at an ATM when the attacker walks up behind him and strikes his leg with a hatchet.

A Chase bank at 41 Broadway in the Financial District of Manhattan.
(William Miller)

The two men scuffle for a bit as the victim appears to plead for mercy. The attacker strikes the man several more times, causing blood to gush from his head and splatter across his white shirt.

Police at the scene of a hatchet attack.
(William Miller)

The attacker then smashes a row of ATMs, causing the screens to shatter and spread glass across the carpet. He drops his hatchet before fleeing the scene.

The floor of the ATM vestibule.
(William Miller)

The New York Police Department told Fox News that the victim was in his early 50s but did not provide his identity. They said an EMS responded to the scene and transferred the victim to Bellevue Hospital.

The victim is in stable condition. The attacker, meanwhile, has not been arrested and remains at large, police said.