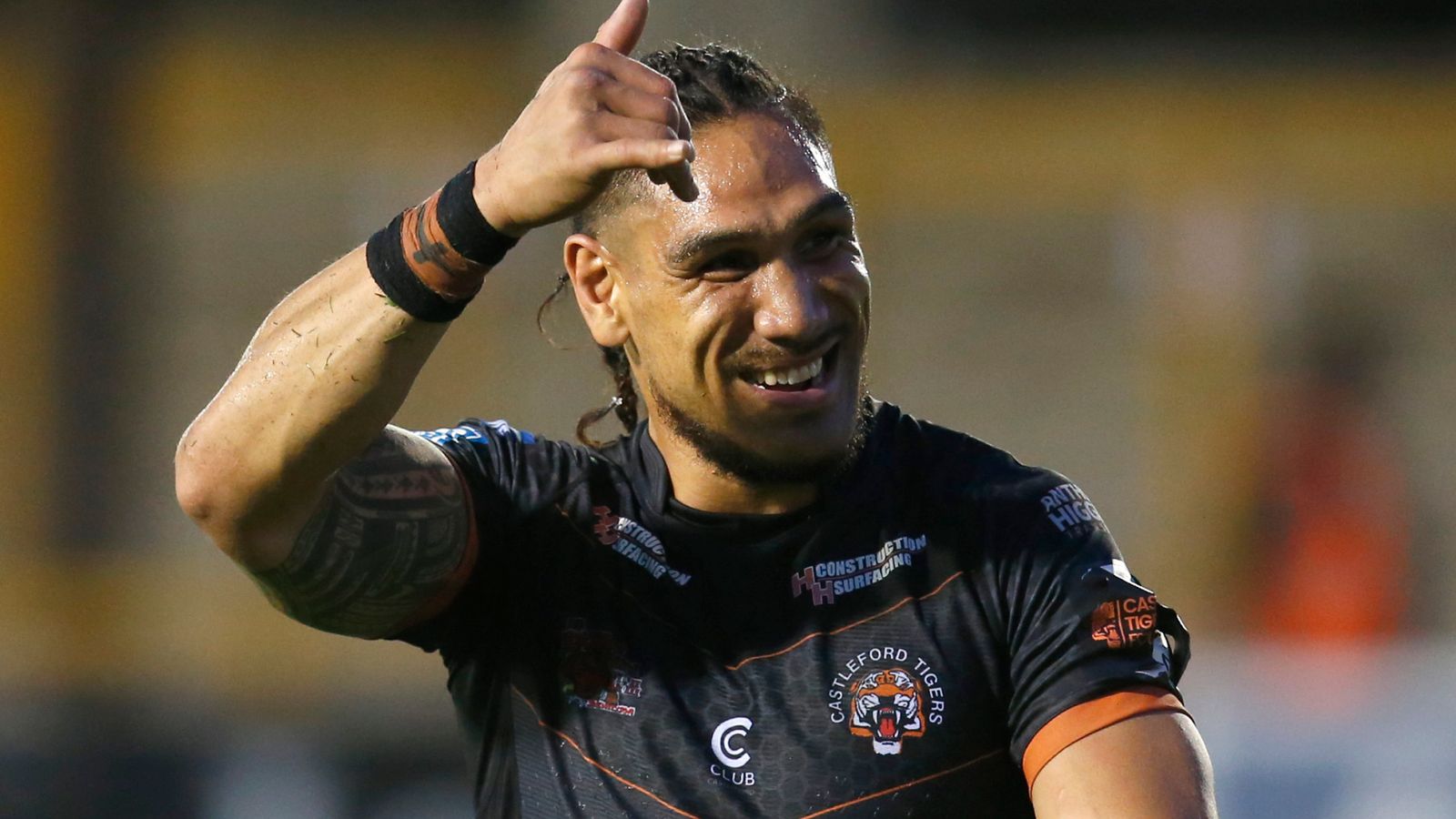 Castleford forward Sene-Lefao is close friends with several of Wakefield’s squad, who he will find himself up against on his 150th career appearance; The two sides face off in Saturday evening’s derby as part of Super League’s Rivals Round (kick-off 7pm)

Jesse Sene-Lefao will be putting aside his friendship with some of his closest mates for 80 minutes when Castleford Tigers take on Wakefield Trinity in Saturday’s Super League derby.

The Castleford forward is best friends with Wakefield prop Tinirau Arona, while he knows David Fifitia and Kelepi Tanginoa well from his time coming through the youth ranks at Penrith Panthers.

The clash at the Mend-A-Hose Jungle will mark Sene-Lefao’s 150th career appearance too, which gives him an extra incentive to put one over on those familiar faces now playing for the Tigers’ bitterest rivals.

“We know it’s a big game and it makes it extra special that Cas and Wakey are local derbies, and my best mate plays on the other team and guys I grew up with out west in Australia,” Sene-Lefao said.

“It’s funny we’re playing against each other here in the UK and it’s pretty weird it happened like this, but I tell you what we’re not friends on the field.

“My 100th game for Cas was against Wakey and now my 150th [career appearance] will be as well, so that will be special in itself.”

Castleford go into the derby on the back of a 20-10 win against reigning champions St Helens last week, ending a run stretching back nearly three decades of failing to return from Saints victorious.

Wakefield, by contrast, go into this derby clash having lost their last 15 games against the Tigers and interim head coach Willie Poching is keen for them to regain the Adam Watene Trophy awarded to the victor of matches between the two rivals.

The trophy is named in honour of Watene, who starred for both clubs before his shock death at the age of just 31 in 2008 and was a close friend of Poching.

“Without going into it too deeply, I’ve tried to give the guys a little history about Adam and the part he played for both clubs, not just us,” Poching said.

“He was a man mountain, a gentleman of a fella and there is a trophy we play for each year. We’ve been speaking about something we can get our hands on that the club hasn’t had its hands on for a while.

“I’ve asked them to play with some consistency and back-up that performance from last week. And be proud of ourselves when we walk off.”

Castleford head coach Daryl Powell is likely to stick with the team that won at St Helens, although he has brought second rower Alex Foster and winger Jason Qareqare into his squad.

Wakefield are also expected to be unchanged following the 28-22 win over Warrington Wolves in Poching’s first match in charge last Sunday.