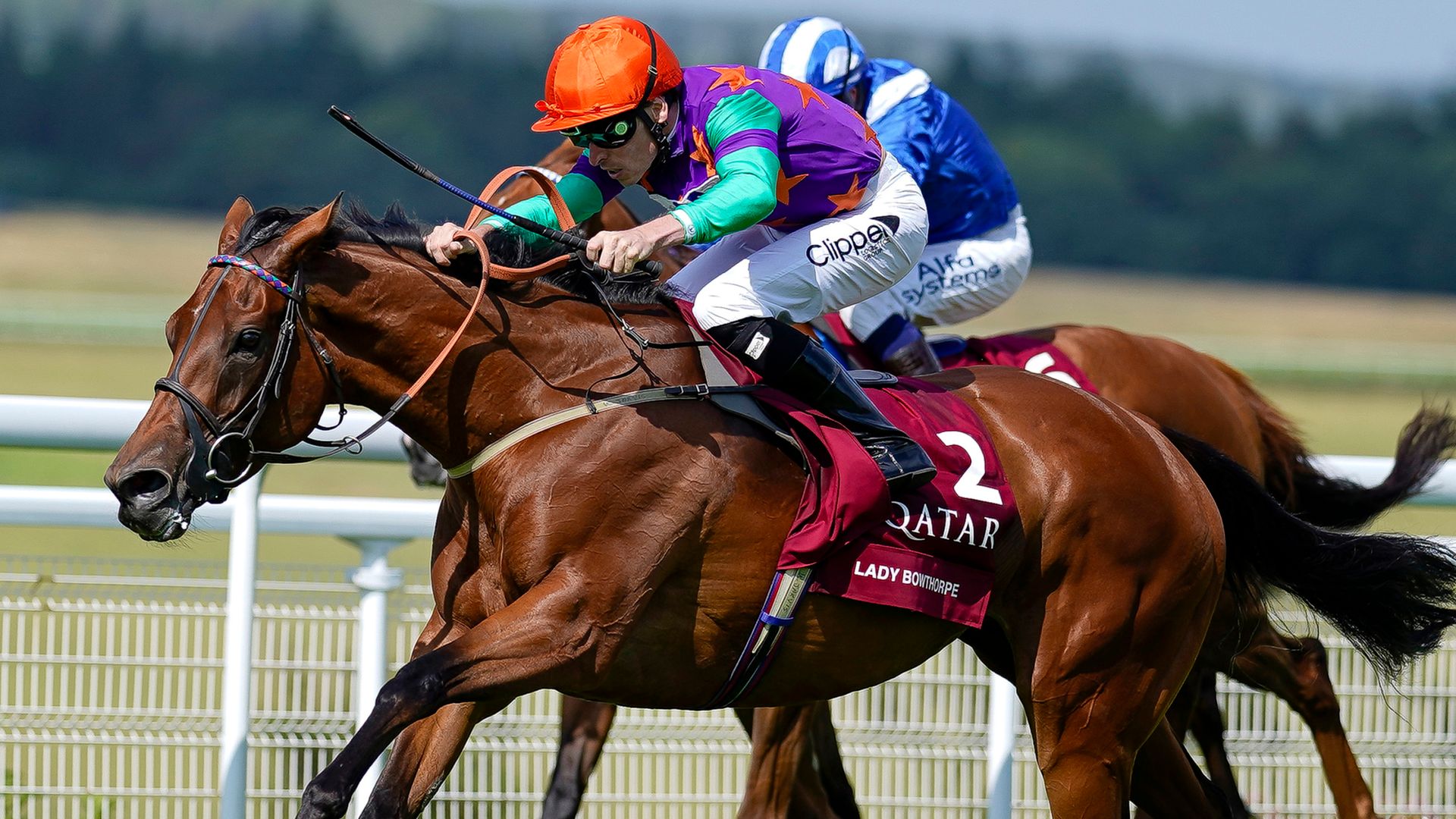 Lady Bowthorpe provided jockey Kieran Shoemark with his first Group One success – and trainer William Jarvis his first since 1994 – as she won the Qatar Nassau Stakes at Goodwood.

Shoemark held Lady Bowthorpe up in the early stages as Aidan O’Brien’s contenders Joan Of Arc and Empress Josephine made the early pace.

Joan Of Arc still led into the straight, with eventual runner-up Zeyaadah in her slipstream. But Shoemark made ground to challenge more than a furlong out and then surge clear for victory by a length and a half at 100-30.