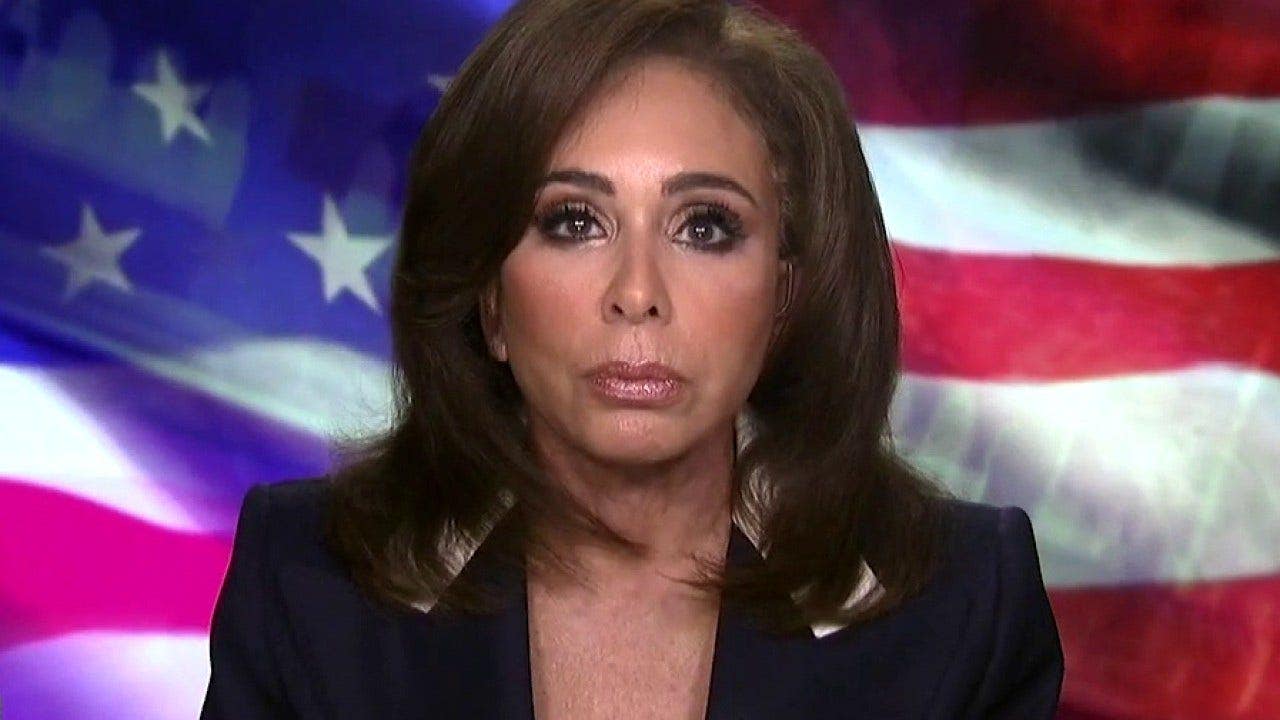 Jeanine Pirro torched Joe Biden Saturday on “Justice with Judge Jeanine” for “fumbling” the troop withdrawal of Afghanistan, claiming the “so-called commander in chief” was a “fumbling, lying, idiotic fool incapable of extricating innocent Americans and Afghan allies” from behind enemy lines.

JEANINE PIRRO: Mark this day as the day the United States of America officially fell from grace as the world’s superpower, due to the ineptitude, the incompetence, and the dereliction of duty by a so-called commander in chief. A fumbling, lying, idiotic fool incapable of extricating innocent Americans and Afghan allies from behind enemy lines in the war zone we entered 20 years ago.

As American families of those trapped behind enemy lines, as Afghani Americans whose families helped us, and indeed Americans of all walks of life are glued to this crisis on television. They’re met with government officials who are not only not candid, or are confused or are just outright lying.

Clearly, the Taliban has taken over. They have our weapons, and we can’t even get Americans to the airport.

How do you expect any American in danger overseas to even believe you? One day, you tell us to proceed to the airport, but you cannot provide safe passage to that airport. The next day, Americans are told to simply proceed to that airport anyway. Today, we’re told not to go to the airport. This, in spite of your promise that you’ll use every resource to carry out the mission. You can’t guarantee passage to an airport in a third-world country that we’ve controlled for 20 years.