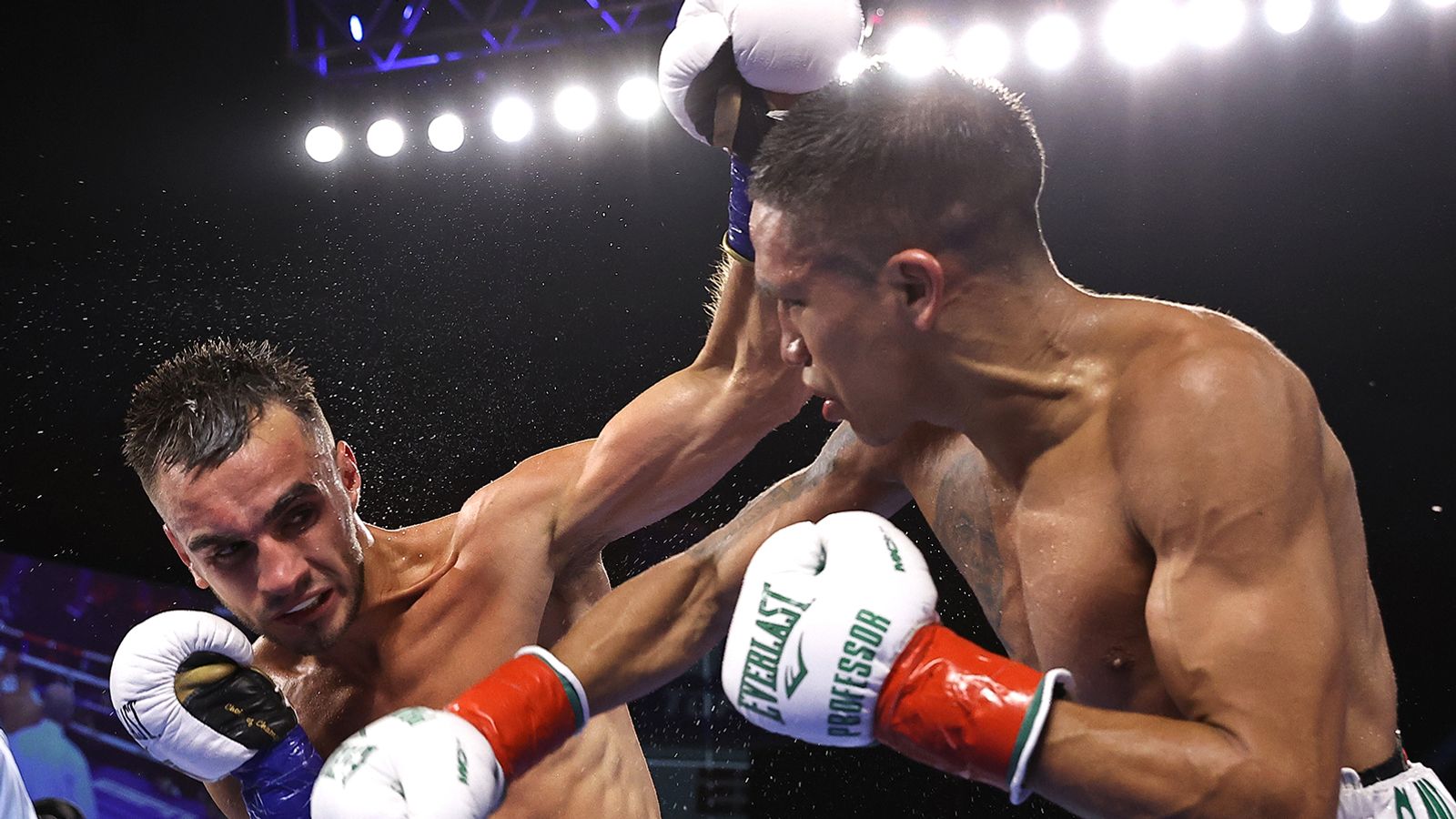 Joshua Franco ended any doubts by winning the decisive third fight against Andrew Moloney on Saturday night in Oklahoma – cruelly, he received help from an instant replay.

Their previous fight was called off early when Franco broke his eye socket due to what the referee believed was an accidental headbutt. After an instant replay, the referee’s decision was upheld but Moloney raged that his legal punches had caused the damage and he had been wrongly robbed of a win.

Instant replay was again used on Saturday night and correctly over-ruled the referee’s decision to award Moloney a knock-down, when it became clear Franco had slipped.

Franco was able to defend his WBA super-flyweight championship via unanimous decision to draw a line under this controversial rivalry.

He had won the belt from Moloney in their first meeting.

After the moment of panic in the seventh round of Saturday’s fight where Franco was on the canvas, only to see the instant replay help him out, he dominated the rest of the battle.

“I had fun with my rhythm, with my jab, my feet. I’m comfortable in there, and that’s what I did.

“We just told each other, all that talking is part of the game, part of building the fight up.

“He’ll be world champion again. He’s a strong fighter. Nothing but respect to him. I wish him the best in his career.”

The defeated Australian said: “I’ll have to use this as motivation to come back stronger. It’s going to be a long road back.”