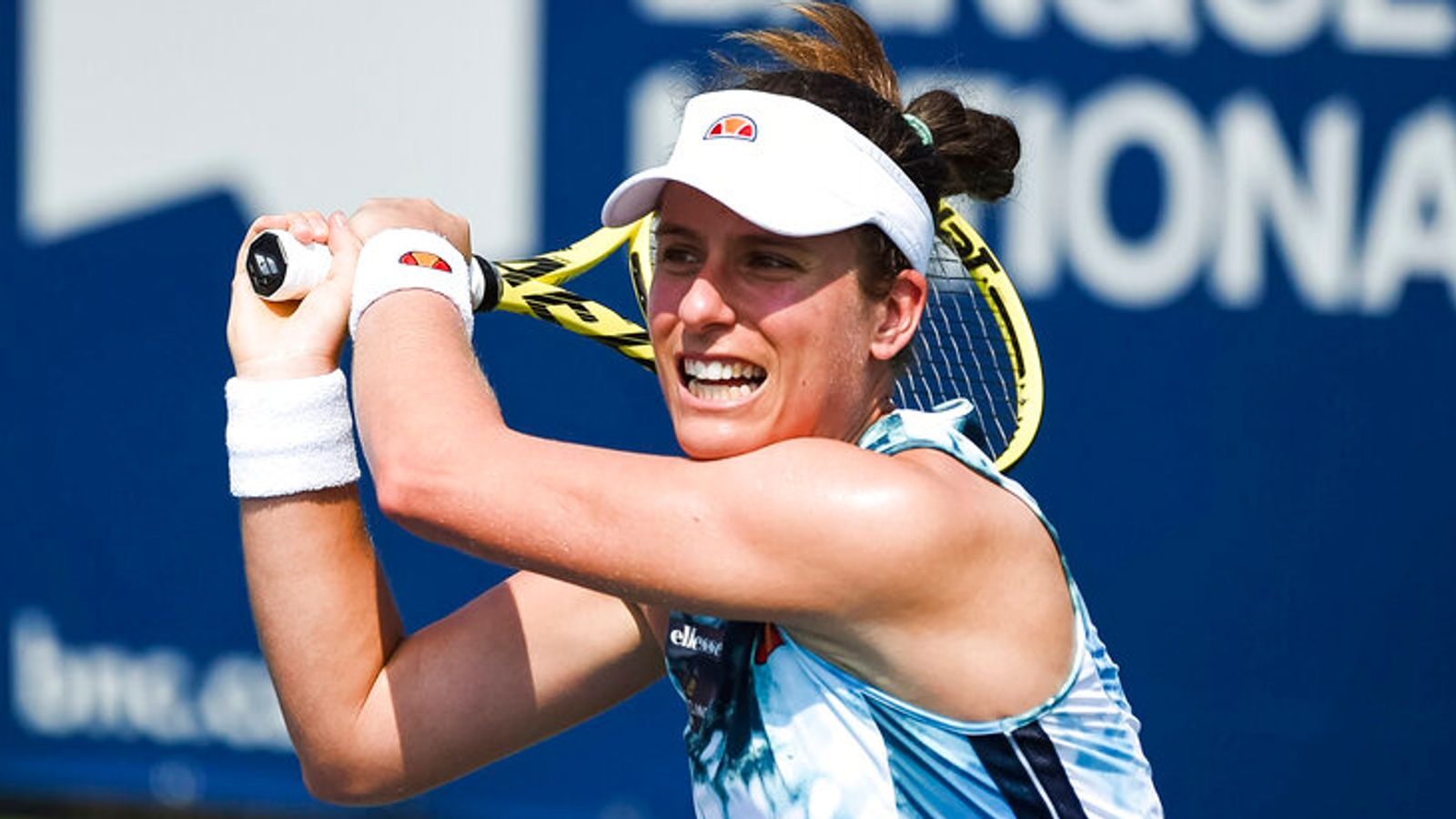 Johanna Konta will face the winner of the match between American teenager Coco Gauff, seeded 15th, or Russian qualifier Anastasia Potapova for a place in the quarter-finals after making it two wins in the space of as many days at the National Bank Open in Montreal

British No 1 Johanna Konta battled back to defeat third seed Elina Svitolina and reach the round of 16 at the National Bank Open in Montreal.

Konta suffered a nightmare summer after she was forced to withdraw from Wimbledon after coming into close contact with a positive case of Covid-19 and subsequently contracted the virus herself to miss the Olympic Games in Tokyo.

But she continued her progress at the tournament in Canada by defeating Svitolina at the sixth time of asking 3-6 6-3 6-2.

Home favourite Bianca Andreescu edged out 25-year-old Harriet Dart in three sets to qualify for the next round of the competition.

The second seed raced away with the first set before Dart snatched the second to put some pressure on the world No 8, who hit back strongly in the third to take the match 6-1 3-6 6-3.

In a remarkable story, Canadian wild card Rebecca Marino, who had already upset Madison Keys in the first round, continued her run by beating Spain’s Paula Badosa 1-6 7-5 6-4.

The 30-year-old had a career-high ranking of No 39 in 2011, but stepped away from the sport for nearly five years to battle depression. She’s currently ranked 220th.

Eighth seed Victoria Azarenka breezed past Sorana Cirstea 6-2 6-2 to qualify for the round of 16, and so too did Katerina Siniakova of the Czech Republic, who upset fifth-seeded Spaniard Garbine Muguruza 6-2 0-6 6-3.

Japan’s Kei Nishikori became the latest withdrawal from the ATP Masters 1000 tournament in Toronto with a shoulder injury.

“I am disappointed to announce that I have decided to withdraw from my match today, Nishikori said in a statement. “The right shoulder is very sore after a long stretch of tennis and I do not want to risk further injury.

“I will now spend my focus on getting healthy and back on court again.