Millwall boss Gary Rowett has called on football “to find a better way to unify people” than taking the knee after Fulham’s players were booed while making the gesture at The Den.

Fulham’s players knelt ahead of the Championship match, while Millwall’s chose to stand ahead of kick-off – some with a fist in the air as a show of solidarity.

Boos were heard while the players performed the gesture and Rowett believes football’s authorities need to find a “more positive way” of tackling the issue of racism and discrimination.

“If you look up and down the country, there are so many football clubs that do such good work in their communities around equality and anti-racism,” Rowett said after the match, which ended in a 2-1 win for Fulham.

“What we need at the moment is, we need the authorities to help clubs out and find a better way to unify people. 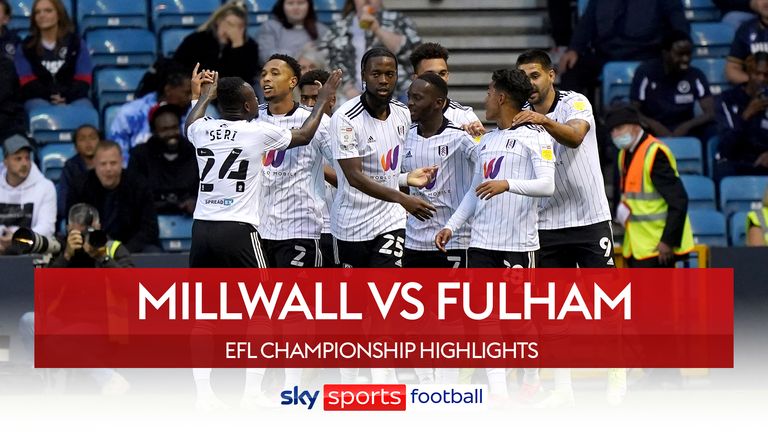 Highlights of the Sky Bet Championship games between Millwall and Fulham.

“I don’t want to comment on individual people’s decisions to do that, but we need to find a way to unify people and at the moment 20 seconds, 30 seconds in a game is causing such a rift and divide in football.

“Football is a great spectacle, we’re all privileged to be part of it. It has the power to help communities and help do some really good work behind the scenes. It’s not just our football club, it’s a lot of clubs doing that, but we need help to find a more positive way of making some form of action.”

Millwall stopped taking a knee ahead of matches last season after the act was booed by some of the club’s supporters before a game against Derby County.

Instead, Millwall opted to conduct their own campaign against racism and inequality before games, asking each opposing team to join them in linking arms and displaying an anti-racism banner.

Former Leyton Orient player-manager Jobi McAnuff says he is disappointed that Rowett did not condemn the fans who booed ahead of kick-off on Tuesday.

“I don’t think we can be any clearer in terms of the messaging behind taking a knee and what it represents. It’s the fight against racism and discrimination. It’s that simple,” McAnuff told Sky Sports.

“When somebody decides to make a racist tweet or shout racist abuse at somebody, that’s a decision. These fans at this football club are making a decision to boo the players taking a knee.

“For me, there’s no other explanation anymore other than they’re opposing equality and that’s as simple as it is.

“Yes, you’re the manager of a football club and might say you can’t control what a fan does when they come in. But what you can do as the figurehead is condemn it in the strongest possible terms.

“That is what I would have liked to have seen. That is why I’m disappointed.”

Kick It Out reporting racism

Online Reporting Form | Kick It Out

Kick It Out is football’s equality and inclusion organisation – working throughout the football, educational and community sectors to challenge discrimination, encourage inclusive practices and campaign for positive change.