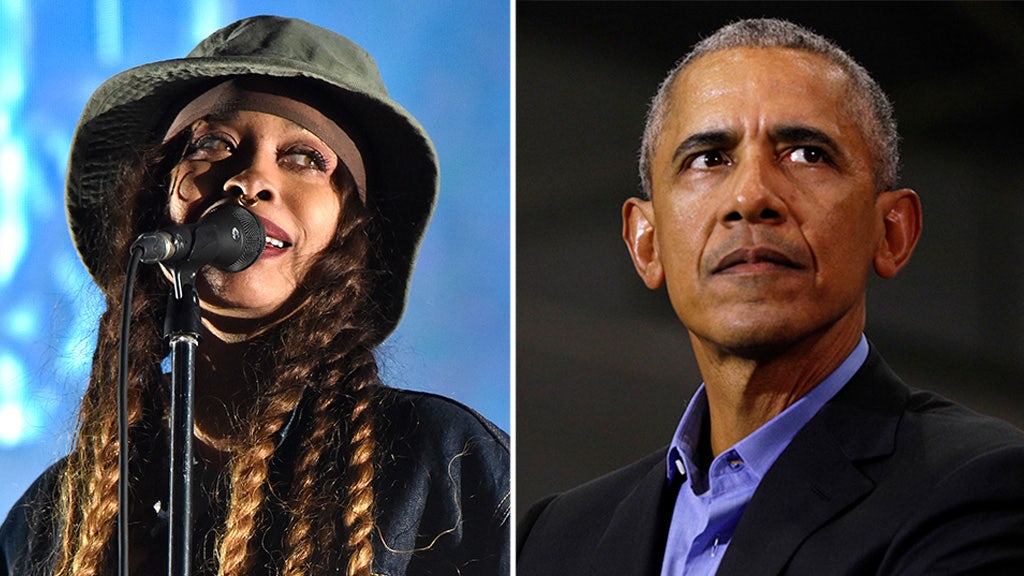 The soulful Grammy Award winner took to Twitter seeking the former first family’s forgiveness for being a “terrible guest” by posting pictures and videos of Barack Obama’s massive 60th birthday party in Martha’s Vineyard on Aug. 7.

“Mr. And Mrs. Obama, Please forgive me 4 being the ‘terrible guest’ at such a sacred event for your family,” Badu, 50, real name Erica Wright, tweeted Thursday.

The “Window Seat” singer’s unauthorized social media posts showed the birthday boy with wife Michelle, 57, dancing mask-free among the hundreds of attendees at the luau-themed function.

The images have since been removed from Badu’s social platforms.

Prior to the star-studded soiree — with Hollywood heavyweights Beyoncé, Jay-Z, Tom Hanks, H.E.R., Questlove, John Legend and Alicia Keys on the guest list — Obama reportedly “scaled back” his guest list from nearly 500 to 200 due to the rapid transmission of the Delta variant of the coronavirus.

But Badu’s snaps of the unmasked politician and his not-distanced partygoers launched a deluge of disparaging comments from “outraged” detractors who, under the hashtag #ObamaVariant, bashed the 44th commander-in-chief for hosting the jam-packed jamboree.

And for accidentally stirring the pot, Badu is sorry.

“I was so inconsiderate,” the “Tyrone” musician continued in her Twitter mea culpa.

“Thank you for all your love. What an example of ‘how NOT’ to be,” she added, sealing the apology with “erica.”

When asked by a fan if the Obamas “made” her delete the photos and videos snapped during his controversial celebration, Badu said: “Naw sis. It’s just right thing [to do],” suggesting she voluntarily erased the posts amid the uproar.

“Birthday B—h” performer Trap Beckham and his manager TJ Chapman both shared shots of themselves and others partying at the Obamas’ $12 million mansion in Oaks Bluff.

But the rapper and his handler were ultimately asked to delete their snaps of meticulously curated food, drinks and decor — and of themselves smoking marijuana, which is legal in Massachusetts.

“Had to delete everything due to the rules,” Beckham, 30, reportedly explained to his online followers. “It was epic for sure. If any videos surface it’s going viral. He danced the whole time. Nobody ever seen Obama like this before.”

So far, the Obamas have yet to publicly comment on their trending turn up.