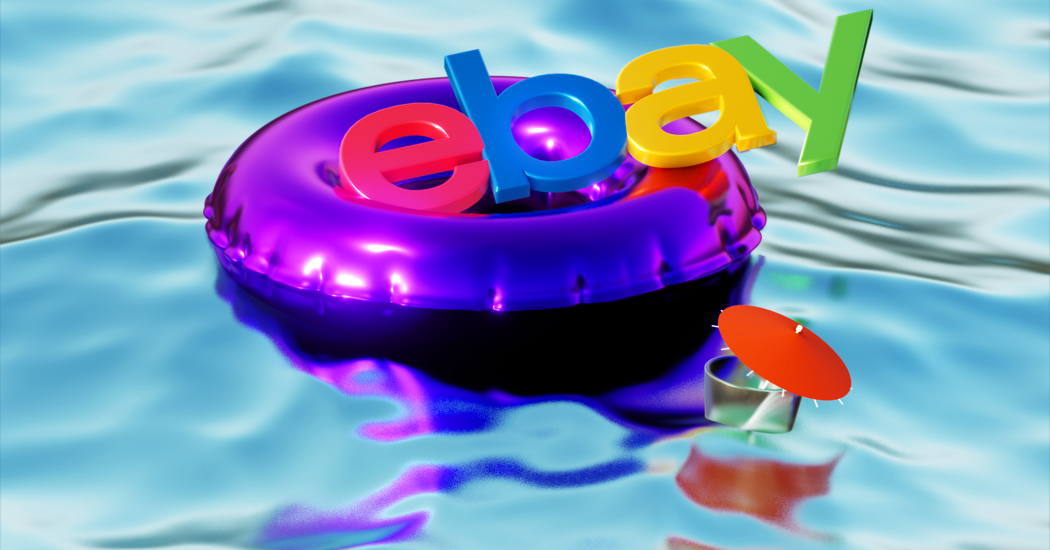 This article is part of the On Tech newsletter. You can sign up here to receive it.

I want it to be OK for a company to be just OK. That’s why I want to talk about eBay.

Some of you might vaguely remember shopping on eBay in the peak Beanie Babies era, or maybe you never think about eBay at all. The value of stuff sold on Amazon is about six times what eBay sells each year.

But eBay may have found a groove. It’s premature to call it a success, but shoppers have been buying more there and the company has made peace with not being an everything store. Instead, eBay is trying to focus on what it does best. (On Wednesday, the company said the total value of purchases made on eBay declined in the past three months compared with the same stretch of 2020, when pandemic online shopping was at its peak.)

EBay’s former chief executive aspired to “make a bigger difference around the world.” The new eBay is mostly trying to keep its loyal shoppers and merchants happy.

I know that I’m making eBay sound like a college graduate who would rather chill out than stress over success. But what if relatively modest ambitions were good enough? It’s not always a good thing for people and companies to have the most grand dreams imaginable.

Let me rewind to eBay’s dark period before 2019, when it was both surprisingly successful and underwhelming.

EBay for years occupied a distant second place to Amazon among shopping websites in the United States, but it was losing ground even as Americans bought far more online. EBay was outfoxed by both Walmart and Amazon and by smaller online specialists like Etsy. The company went through drama, including noisy investors who wanted eBay to dramatically change and a chief executive who disagreed with their ideas and quit two years ago.

Slowly and incompletely since then, eBay has remodeled itself. It ditched some businesses and directed its attention to selling in areas that are reminiscent of eBay’s 1990s roots: used items, slightly past-their-peak products such as last year’s popular toys, and collectibles including sneakers, luxury watches and trading cards.

No, building a better digital forum for these items is not a pulse-racing innovation. But sales have been going up again. Colin Sebastian, a stock analyst with the investment firm Baird, told me that eBay still needs time to prove that its recent improvements aren’t solely because people have shopped everywhere online throughout the pandemic. We’ll see if eBay has landed on a formula for a solid and sustainable shopping site for years to come.

It’s also possible that eBay may be missing a chance to be a little more reckless to grab for our loyalty at a moment when people’s shopping habits are more in flux than they’ve been for a long time.

But I want to appreciate what some of eBay’s boring fixes and humility about its mission have done so far. Along with Shopify, the largely unseen powerhouse behind many local business websites, eBay may be showing that there is a third path in technology between the beyond-Earth riches of titans like Amazon and Google and the industry’s craters of failure.

One of the lessons of Big Tech is we all may be better off if we didn’t rely so much on a handful of major powers. Once they’re so big, companies can dictate access to information, habits around personal data and business models in ways that should make us a little uncomfortable. It’s healthy if we have more alternatives — both pie-in-the-sky ones and modest ones like eBay — to keep the big guys on their toes.

This kitty cat is an adorable but possibly ineffective fly swatter. (Beware the salty language, and thanks to my colleague Davey Alba for tweeting this one.)