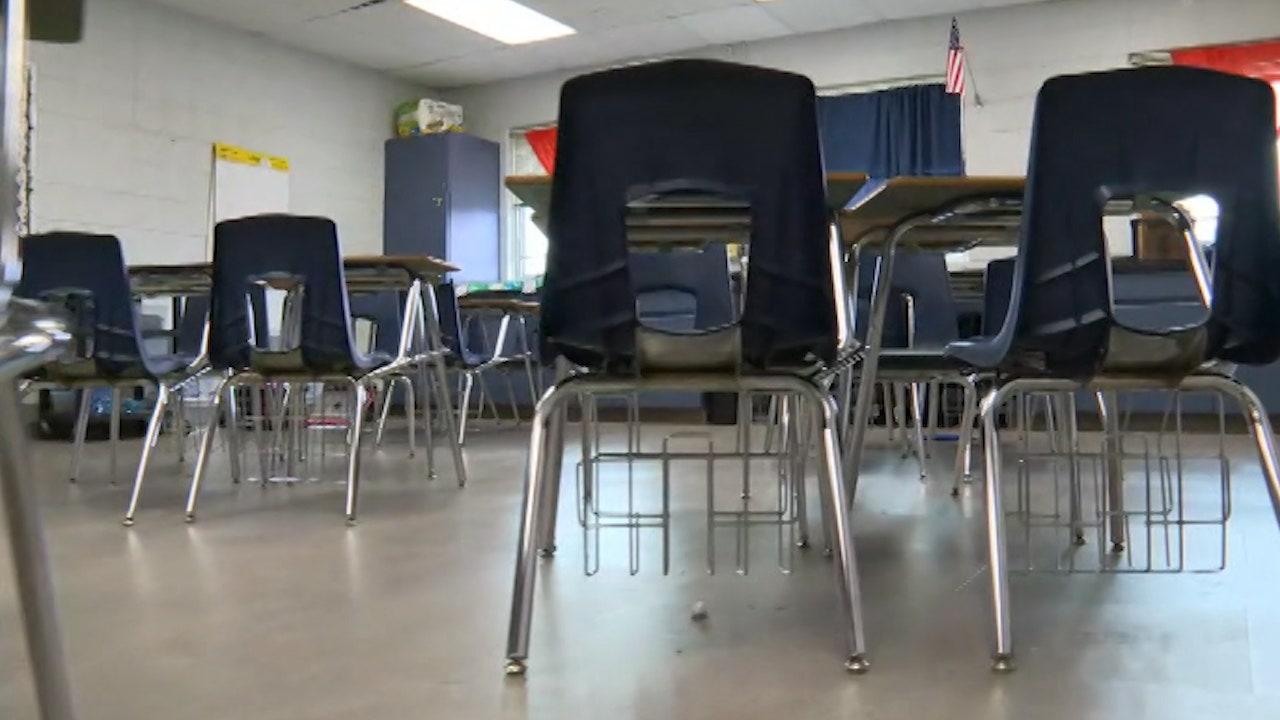 Adams told “The Ingraham Angle” that as a lifelong civics teacher, it is frightening to see what Democrats and left-wing activists are doing to hurt children of the next generation.

Host Laura Ingraham agreed, summing up the various curricula as a collective mission to make sure today’s children grow up to become “dumb and submissive,” and thereby easier for the government to handle.

She pointed to the “dumbing down of America” in places like Clark County, Nev., – which includes Las Vegas – where grading policies will not consider attendance, participation or tardy assignments, as well as Oregon, where Democratic Gov. Kate Brown suspended proficiency requirements in reading in writing for kids to graduate – and in Virginia where accelerated math options earlier than 11th grade were reportedly dropped.

“I think we are confusing the compassionate view of trying to understand our kids and support our kids and socially and emotionally put them in a position where they can do well — and we are replacing that; instead of having high expectations for young people,” Adams said.

“One of the things I’ve noticed in less 15-20 years, as our society has stepped back our schools have had to do more and more and more, we provide three lunches a day, we provide counseling services, and sometimes we even have to provide clothing for our students. That’s only half of the story and I think sometimes people think the job of educators nowadays is simply to be therapeutic and simply to be compassionate.”

“While that’s nice, and that’s great, we have the pivot at some point and actually tell young people there is one door to the American dream and it is a high-quality education and you have to work hard and you have to do think you don’t don’t want to do – and yes, there is one right answer to a math question,” he concluded.

Adams blamed part of the nation’s problems on the fact children are not “tethered” to adult values and often lack adult role models.

“The parents, the teachers, the mentors: we have forfeited a lot of the ground that used to be occupied by us where we set standards. Freedom is great but you have to have wisdom and virtue and character to know how to use that freedom well. The kids always want to have the keys to the car, but sometimes you have to get the license first.”