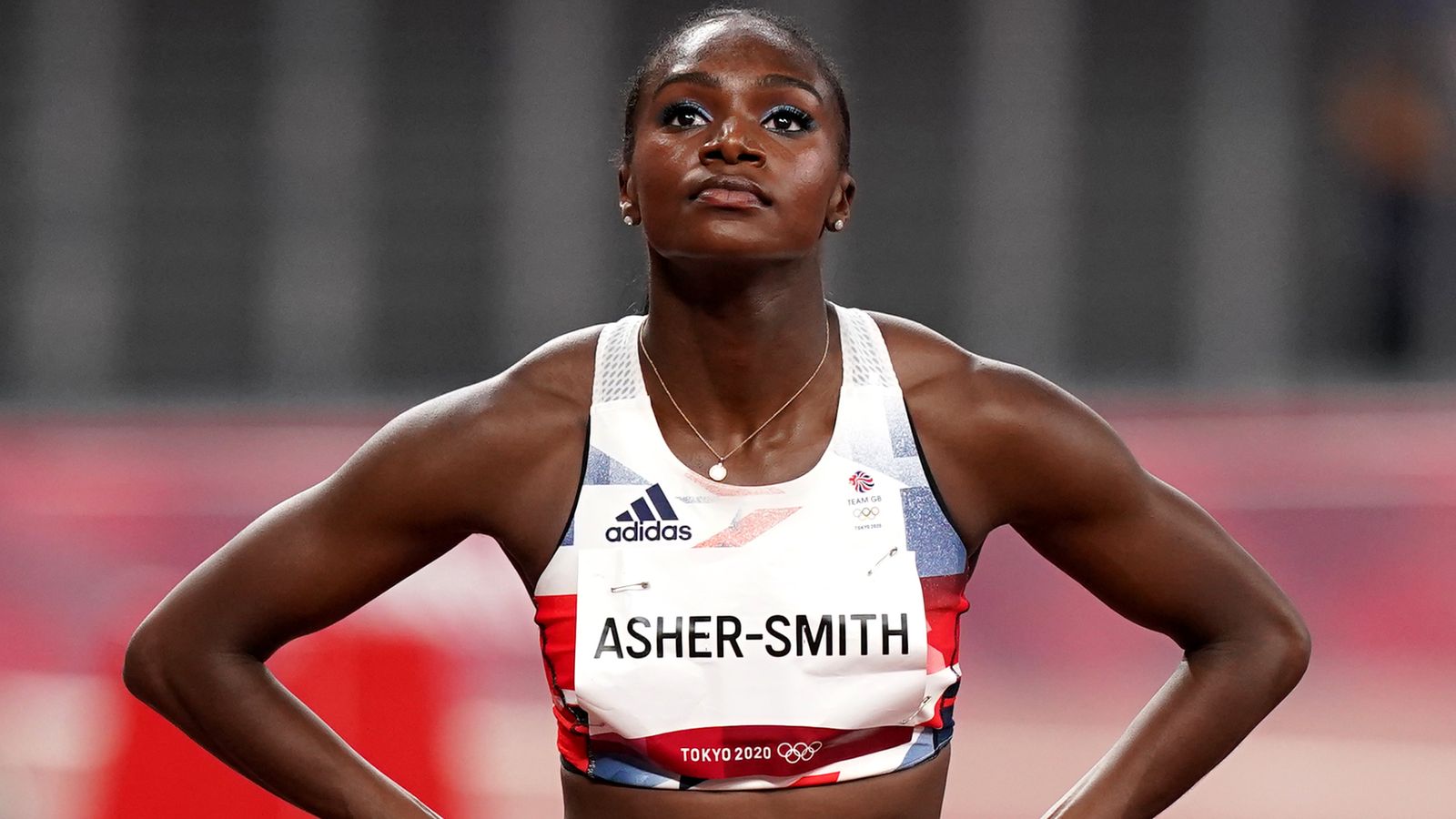 Christian Malcolm hinted there will be changes at British Athletics in the wake of the Tokyo Games but backed his athletes to shine at Paris 2024; Team GB won three silver medals and three bronze, but it was the first time athletics has failed to win gold since Atlanta 1996

British Athletics head coach Christian Malcolm defended his squad after they failed to win Olympic gold for the first time in 25 years.

The 42-year-old hinted there will be changes at British Athletics in the wake of the Tokyo Games but backed his athletes to shine at Paris 2024.

Team GB won three silver medals and three bronze at the Olympic Stadium, but it was the first time athletics has failed to win gold since Atlanta 1996.

Injury robbed Dina Asher-Smith of a shot at the 100m and 200m titles while Katarina Johnson-Thompson pulled out of the heptathlon after an injury-plagued build-up.

It left the squad without two of their biggest hopes and while Malcolm knows they fell short of expectations, he believes they will improve.

“As a sport we are always expecting and hoping for gold medals, that’s what it’s all about. It’s not easy,” he said.

“Josh (Kerr) and Keely (Hodgkinson) with Laura Muir, Dina, KJT, they have this ability, hunger and appetite that they go there to win.

“The one thing I said to the athletes in my team speech was when you come to a Games you come to step up.

“I believe the guys have the right appetite and the culture will feed through the team over the next couple of years.

“It’s somewhere in between (a success and failure). I think it’s just is a bit of a reflection on the last 18 months, the difficult conditions athletes and coaches have had to train in.

“We’re going to sit down and review and have a look. The great thing about it is we’ve shown we have some real athletes with real pedigree for the future as well.

“For many sports after any Olympics there’ll be a bit of change internally. The fact is we’ve had to postpone for a year and there will be some changes being made.

“We’ve got three big championships next year and back into the Olympic Games then. So, it’s a short turnaround.”

Asher-Smith, who eventually won 4x100m relay bronze, had her personal 100m and 200m dreams wrecked after a hamstring injury at the trials in June.

Johnson-Thompson pulled out of the heptathlon following a calf problem – having battled back from a ruptured Achilles in December – while Adam Gemili suffered a last-minute hamstring injury and walked his 200m heat.

Zharnel Hughes was disqualified from the 100m final for a false start after cramping up in his blocks but Malcolm insisted nothing could be done to guard against the injuries.

He said: “I don’t think there’s anything you could do. We’ve looked at it and we’ve had conversations beforehand and there was nothing that can be done.

“This is an elite sport, especially with our sport. It’s a sport in its purest form and you’re always on that knife edge and niggles and injuries can come when you’re trying to push to be the best you can.

“Unfortunately, sometimes these injuries happen and they happen at the wrong time.”