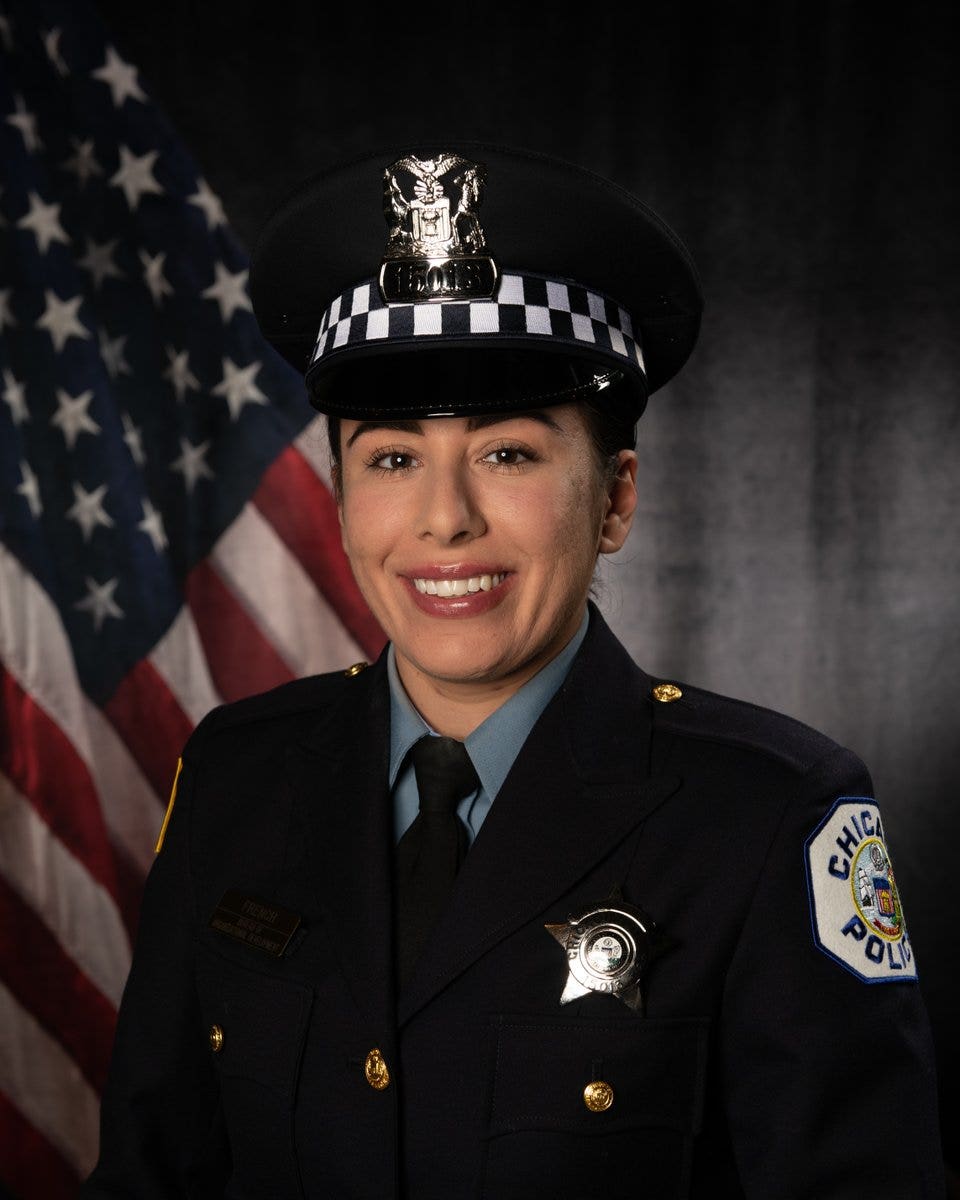 The older brother of slain Chicago Police Officer Ella French spoke out Sunday after she was killed in the line of duty during a traffic stop Saturday, according to a report.

French, 29, was killed and another officer was critically wounded during an exchange of gunfire with at least one suspect during a traffic stop in the West Englewood neighborhood on the South Side. During the course of the investigation, Chicago police Supt. David Brown said a male passenger opened fire on police, and the officers returned fire.

The second officer, a male who’s worked for the department for the past six years, remained hospitalized in critical condition.

On Sunday, Andrew French, an Iraq War veteran, said her younger sister had “always been a person of integrity,” according to the Chicago Tribune.

French, a three-and-a-half-year veteran of the force, was the first Chicago police officer fatally shot in the line of duty since Lightfoot took office in 2019, the paper reported. She and the officer who was critically wounded were members of the community safety team, formed under Brown last summer to respond to crime hot spots.

Andrew French said her sister, even prior to joining the force, wanted to give people therapy or social services – over additional jail time.

“She was the epitome of a good Samaritan,” her brother told the Tribune. “And she was the best sister. It didn’t matter what I was going through or how hard things were hitting me, she was always there.”

“And I was proud of her, I’m still proud of her. Like this is — God took the wrong kid,” he added.

French was one of three officers inside a Chicago police car around 9 p.m. Saturday conducting a traffic stop on another vehicle with three occupants.

One of the suspects was struck by the officers’ return fire during the shooting and was taken to the hospital. A second suspect was also into custody at that time.

The third suspect, a female, was captured early Sunday.

“Despite the shock, grief, pain, and sorrow we feel this morning, our brothers and sisters in blue put this uniform on each and every day,” Brown said at a press conference Sunday. “They go to work risking everything to serve the people of Chicago. They come to work willing to run toward danger. Toward gunfire. And they’re willing to sacrifice their lives to save the lives of perfect strangers.”