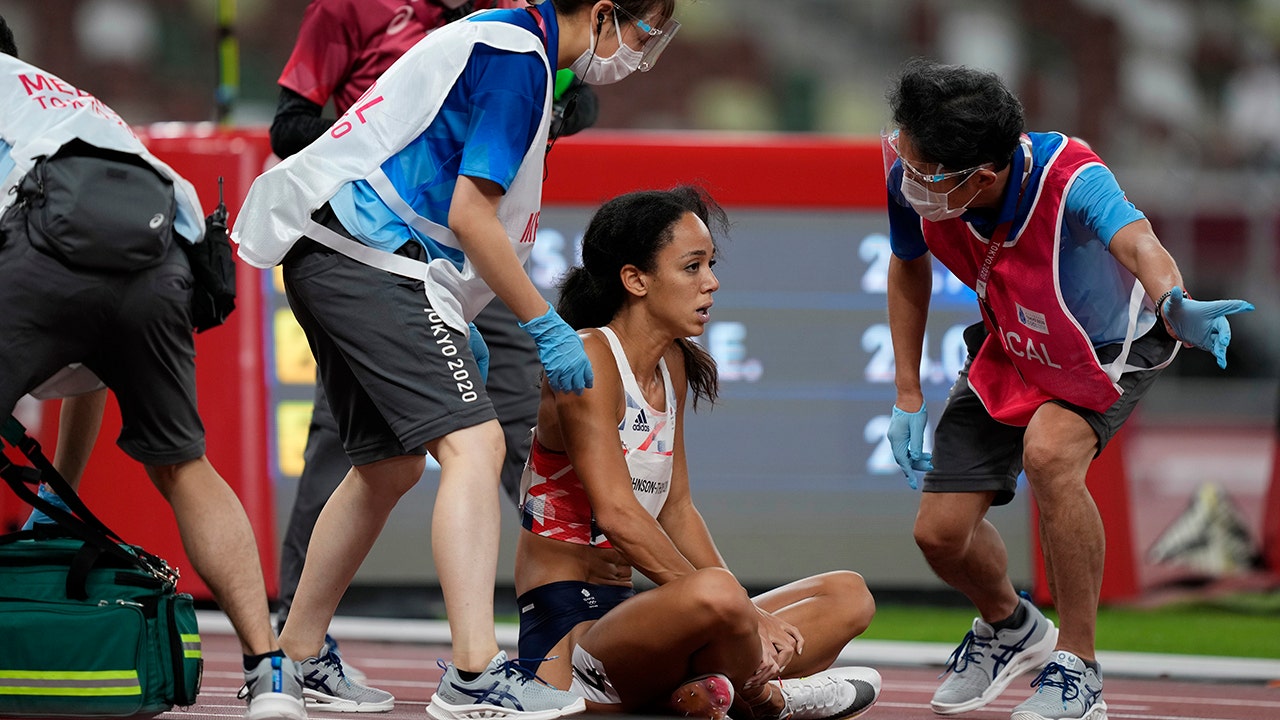 Katarina Johnson-Thompson, a world champion heptathlete, fell during the Tokyo Olympics event on Wednesday, refused the wheelchair to help her off the track and managed to finish the race.

Johnson-Thompson injured her right calf muscle and fell during the 200-meter segment of the seven-event competition. Medical personnel tried to help her into a wheelchair but she refused.

While she crossed the finish line, Johnson-Thompson was disqualified for stepping out of her lane. Her preparation for the event was hampered due to a series of injuries, including one to her left Achilles tendon.

She had been in fifth place after the 100-meter hurdles, high jump and long jump events.

Anouk Vetter, of the Netherlands, led the event with three more remaining. Belgium athletes Noor Vidts and Nafissatou Thiam were in second and third place in the event.