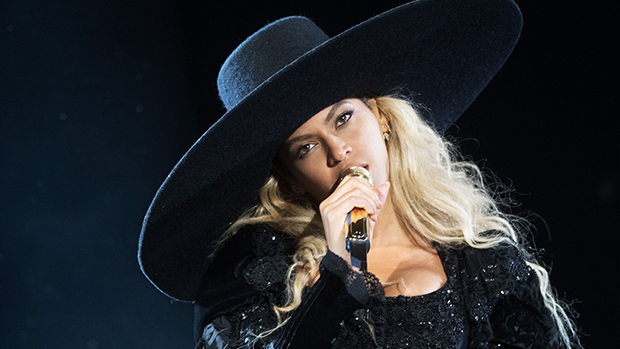 Beyoncé (born Beyoncé Giselle Knowles on September 4, 1981, in Houston, Texas) is an American singer, songwriter, actress, record producer, dancer, and filmmaker. Beyoncé first rose to prominence as one part of Destiny’s Child, one of the best-selling groups of all time. However, much more awaited the woman who would be crowned “Queen” by her loyal fans. A career as a solo artist would lead Beyoncé to greater musical and cultural significance, transforming the Houston native from a singer to a force of nature.

Born and raised in Houston, Beyoncé began singing and dancing at a young age. Along with childhood friend Kelly Rowland and LaTavia Roberson, the three joined a girl group called Girl’s Tyme. The band performed throughout the talent show circuit in Houston, eventually landing on Star Search in the mid-1990s. Though Girl’s Tyme failed to win the televised competition, it laid the foundation for the band that would become Destiny’s Child. The group made their major-label debut on the Men In Black soundtrack in 1997. The group achieved critical and commercial success with albums like 1999’s The Writing’s on the Wall, and 2001’s Survivor. At the end of 2001, the group announced a hiatus, with the members pursuing solo careers.

Beyoncé’s “Work It Out” was released in the summer of 2002 as the lead single off the Austin Powers in Goldmember soundtrack. The song failed to cause a stir in stateside but it was the quiet before the storm: in October 2002, Beyoncé teamed with then-boyfriend/future husband Jay-Z on “03 Bonnie & Clyde.” The following year, Beyoncé released her debut solo album, Dangerously In Love. It premiered at the top of the Billboard 200, and the title track (which also featured Jay-Z) became her first No. 1 single as a solo artist. It also picked up five awards at the 46th Grammy Awards. As of 2020, Dangerously In Love remains Beyoncé’s best selling album.

Her second and third albums – 2006’s B’Day and 2008’s I Am…Sasha Fierce – also debuted at the top of the Billboard 200. The latter included “Single Ladies,” a song that has become one of Beyoncé’s biggest hits. It would also be the impetus for Kanye West’s rushing the stage when Taylor Swift’s “You Belong With Me” won the Best Female Video award at the 2009 MTV Video Music Awards. In 2010, Beyoncé announced a career hiatus, but it only lasted a year. She returned in 2011 with her album 4. Though not as commercially successful as the others, 4 debuted at the top of the Billboard 200, and by 2018, it reached one billion streams on Spotify, giving Beyoncé the honor of being the first female artist to have three of their albums cross the 1 billion mark on the streaming platform.

She released the self-titled Beyoncé in 2013. Powered by “Drunk In Love,” another collaboration with Jay-Z, the album premiered at the top of the Billboard 200. By that time, Jay and Bey had already tied the knot, and the couple announced the On The Run Tour in 2014. The co-headlining stadium tour was a smash hit, grossing $96 million in the first 19 North American shows.

By 2016, Beyoncé had already established her as a music icon and a pop culture phenomenon. With Lemonade, she cemented herself as a cultural force. In Feb. 2016, she shared the video for “Formation,” hinting at a project deeply rooted in her identity as a Black woman. Her performance at the NFL Super Bowl 50 Halftime show was so incredible, many have since forgotten that it was Coldplay who was the headliner. In Apr. 2016, she released Lemonade, an album that debuted at the top of the Billboard 200 (making her the first act in Billboard history to have their first six studio albums premiere at the No. 1 position.) Lemonade is, so far, Beyoncé’s most critically acclaimed album. It details her emotional journey over her husband’s infidelity and ties it to the greater trauma and struggle to a greater, generational, and racial context.

Two years after Lemonade, Beyoncé would team up with her husband for EVERYTHING IS LOVE, the first album by The Carters. It was released in June, months after Beyoncé’s headlining performances at that year’s Coachella. The show, with its “homecoming” theme, would make up the Homecoming Netflix documentary, as well as Homecoming: The Live Album. Beyonce would also be part of the live-action remake of Disney’s The Lion King, voicing the character Nala. She also contributed new music to The Lion King: The Gift, an album released alongside the film, one produced and curated by Beyoncé. In 2020, she released Black Is King, a visual album based on The Lion King: The Gift.

In addition to her solo work, Beyoncé has had some notable features, beyond those with Jay-Z. In 2010,  teamed with Lady Gaga for “Telephone” and with Alicia Keys for “Put It In A Love Song.” She reunited with Michelle Williams and Kelly Rowland for “Say Yes” in 2014 and lent her voice to Eminem’s “Walk On Water” in 2017. In 2020, she joined her fellow Houston native Megan Thee Stallion for a remix of “Savage,” a song that made its way to the top of the Billboard Hot 100.

Beyoncé is also an actor, appearing in films like 2003’s The Fighting Temptations, 2004’s Fade To Black, 2006’s The Pink Panther and Dreamgirls.

She has won countless awards and her influence — on music and culture — is too great to list. Her fans – dubbed the “Bey Hive” – are legendary in their loyalty, willing to defend and support their “Queen” (while flooding the social media accounts with bee emojis of anyone they disagree with.)

Beyoncé is also quite business savvy. In 2010, she formed Parkwood Entertainment, which has been the launching pad for her brands in music, videos, movies, and fashion. She has worked with numerous designers to launch perfumes, fashion lines (most notably, the Ivy Park line in 2016), and footwear. As of 2020, Beyonce is reportedly worth $400 million, and a lot of that wealth has powered her philanthropic work. In 2016, she was named the Most Charitable Celebrity of the Year by DoSomething.org.

Beyoncé began her relationship with Jay-Z in 2002, a romance that they would keep, for the most part, out of the public eye. They married in 2008 without any publicity, an oddity considering they, at the time, were the biggest couple in the world. During the 2011 MTV VMAs, Beyoncé performed “Love On Top” and ended the performance by revealing she was pregnant. In January 2012, she gave birth to Blue Ivy Carter. In 2017, after rumors of a possible pregnancy, Beyoncé revealed with a now-iconic Instagram picture that she was pregnant with twins. She gave birth to Rumi and Sir Carter on June 13, 2017.

Beyonce had the honor of serenading President Barack Obama and First Lady Michelle Obama at the Neighborhood Inaugural Ball, one of six balls held at the Walter E. Washington Convention Center in 2008. It was the couple’s first stop of the evening , and Beyonce sang the Glenn Miller classic “At Last” for their first dance.

Beyonce has won 24 Grammys over the span of her career, both as a solo artist and as a member of Destiny’s Child and The Carters. She is the second most honored female artist in history, behind bluegrass-country singer-songwriter, Alison Krauss.

In 2018, Beyonce became the first African American woman to headline the most attended music festival in the country, Coachella.  The performance, nickname ‘Beychella’ by fans, was filmed for a concert film that aired on Netflix and was labeled ‘historic’ by critics worldwide.

The Most Popular Questions About Beyonce

How Did Beyonce & Jay-Z Meet?

Jay-Z and Beyonce met when the superstar singer was just 18 and performed with Destiny’s Child at the 2000 MTV Spring Break festival in Cancun. Jay-Z confirmed this with the 713, off his joint album with Beyonce, Everything is Love. In the song, whose title is a tribute to her hometown of Houston, Jay-Z raps about their first meeting and the romantic plane right that happened after.

“We played it cool at the pool of the Cancun, VMA / Confidence you exude make the fools stay away / Me, I played my room, let the fools have they say / Fate had me sittin’ next to you on the plane / And I knew straight away.”

Did Jay-Z Cheat on Beyonce?

Yes, Jay-Z did cheat on Beyonce. It was highly speculated that Bey & Jay’s marriage had survived his infidelity after Beyonce put out her album Lemonade in 2016. Then, a year later, Jay-Z seemingly apologized to his superstar wife with an album dedicated to their love story, 4:44. Shortly after the album dropped, Jay-Z admitted to cheating in an interview with the New York Times. The following year, while being interviewed with David Letterman, who also famously cheated on his own wife, Jay-Z went into greater detail about his infidelity, including how they overcame it as a couple.

“Much like you, I have a beautiful wife who was understanding and who knew I’m not the worst of what I’ve done,” Jay- Z said to Letterman. “We did the hard work of going to therapy … We love each other, so we really put in the work for years.”

Short answer, no, they are not friends. They have been friendly to each other in the past, but have never maintained a true friendship. It’s not hard to understand why — their husbands, Jay-Z and Kanye West are always always at odds. While Bey and Kim may have started out dancing to their guys’ music together during the ‘Watch The Throne’ tour, things turned sour over the years. Though Beyonce congratulated Kim after she gave birth to North in 2013, rumor was that Beyonce declined the invitation to attend her baby show. Then, Beyonce and Jay-Z were no-shows at the Kimye Wedding, which Jay-Z famously rapped about on his song ‘FRIENDS’ off the album, Everything Is Love.

In 2015, it did seem like all was well between the two power couples, though. “They love each other, they respect each other.” Kanye said during a February 2015 interview with Power 105.1. A few weeks later, Beyonce was sitting next to Kim, with baby North in her lap, Kanye’s Yeezy Season 1 presentation during New York Fashion Week.

Since then, the pair have not been seen together, not have they had playdates with their children — or husbands. Still, they remain cordial to each other. Beyonce sent her Ivy Park gear during the January 2020 release and Kim, in turn, gushed over Beyonce’s performance during the ABC special, ‘Disney Family Singalong’.

So, not friends, but not enemies, either.