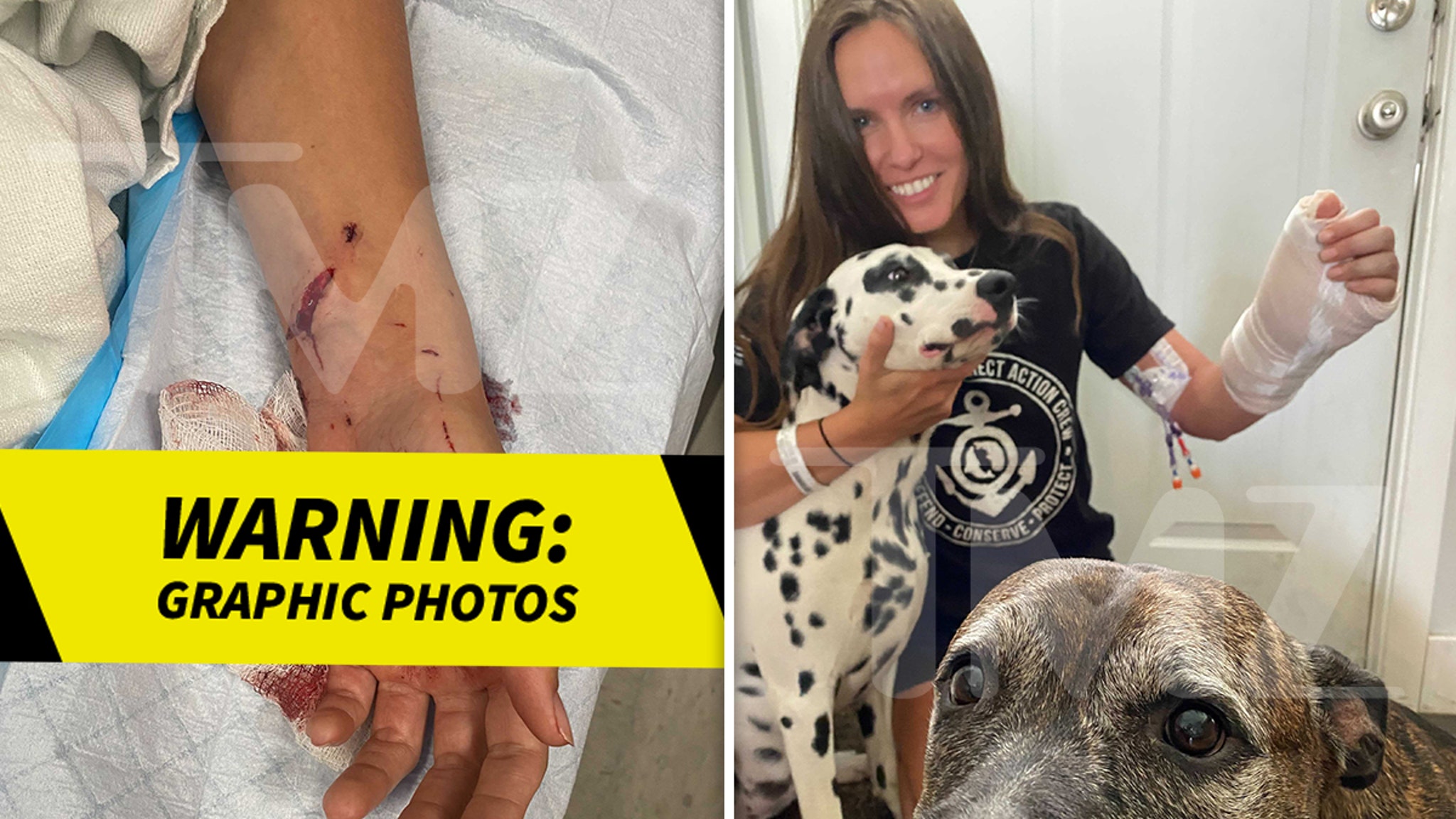 The alligator handler who got mauled by the creature she’s paid to control suffered a damaged tendon and multiple fractures — and while the pics of her injuries are gnarly, she’s already smiling.

Lindsay Bull tells TMZ … she was discharged from a Utah hospital Tuesday after she was admitted following Saturday’s incident. The gator’s powerful jaws broke her thumb and wrist … in addition to the tendon damage.

As you can see, Lindsay’s gashed hand was bleeding heavily while she lay in her hospital bed Saturday — but now she has it wrapped in a big cast, and she says she’s going to be alright.

As we reported … the alligator attacked Lindsay in front of paying customers who rushed in to help, with visitor Donnie Wiseman heroically jumping on the gator’s back to prevent it from drowning her, or ripping off her arm, with a terrifying death roll maneuver.

Lindsay says she’s planning to talk to Donnie soon and she’s already spoken with some of the folks who were on the tour when she was attacked, and made some dinner plans.

Despite the vicious attack, Lindsay tells us she has no hard feelings toward Darth Gator — yes, that’s his name — and adds it’s like her firstborn son.

Shane Richins, the owner of Scales and Tails Utah, tells TMZ … Lindsay’s training helped preserve her limbs, because she went into the enclosure after the animal chomped down on her hand and let her body go limp as the gator went into the roll.

The injury photos are gross, but sounds like Lindsay’s already putting it behind her.