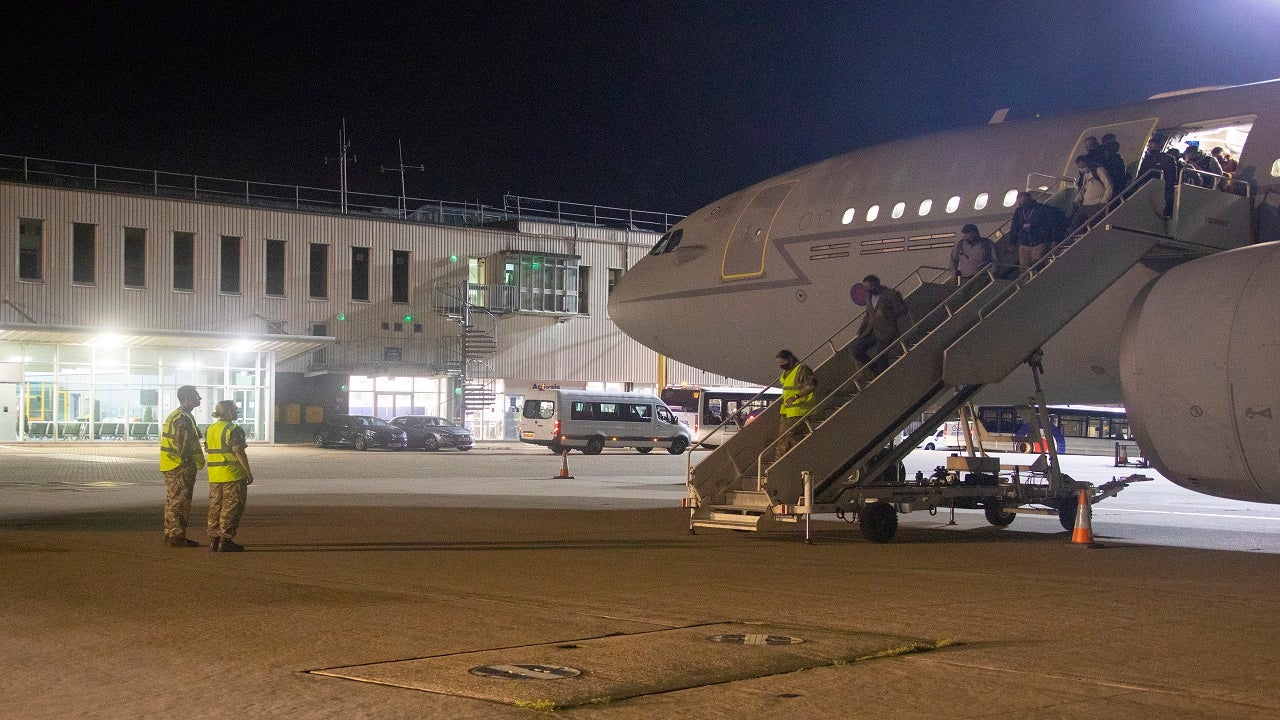 The U.K.’s defense chief promised Friday to “get to the bottom of” a security lapse that saw documents identifying Afghan staff members and job applicants left behind at the abandoned British Embassy in Kabul.

Times of London reporter Anthony Loyd said he found the papers scattered on the ground as he toured Kabul’s abandoned diplomatic district with a Taliban escort this week.

Defense Secretary Ben Wallace said “clearly it’s not good enough” that the documents were left unsecured. He said British Prime Minister Boris Johnson “will be asking some questions” about what had happened.

“We’ll find out and get to the bottom of it,” Wallace told LBC radio.

Thousands of citizens who worked with Western forces have been trying to leave Afghanistan, fearing reprisals now that the Taliban control the country.

Loyd said the documents included the name and address of a senior embassy staff member, the contact details for other employees and the resumes and addresses of people applying to be interpreters.

He called the phone numbers he found and learned that some of the staffers had already left Afghanistan but others were still in the country, including three Afghan employees and eight family members stranded outside Kabul’s airport as they tried to leave.

The government said they were eventually found and taken to safety. The Times said the fate of at least two of the job applicants remains unknown.

The House of Commons’ Foreign Affairs Committee said it would hold an inquiry into how the documents got abandoned during the hurried departure of U.K. diplomats from the embassy as the Taliban advanced on Kabul earlier this month.

The Foreign Office said in a statement that “during the drawdown of our embassy every effort was made to destroy sensitive material.”